Historical Background
The PeloponnesianWar (431-404 BC) was fought by Athens and its Empire against the Peloponnesian League, led by Sparta.
The stage is set. The battle lines are drawn and you are in command. The rest is history. 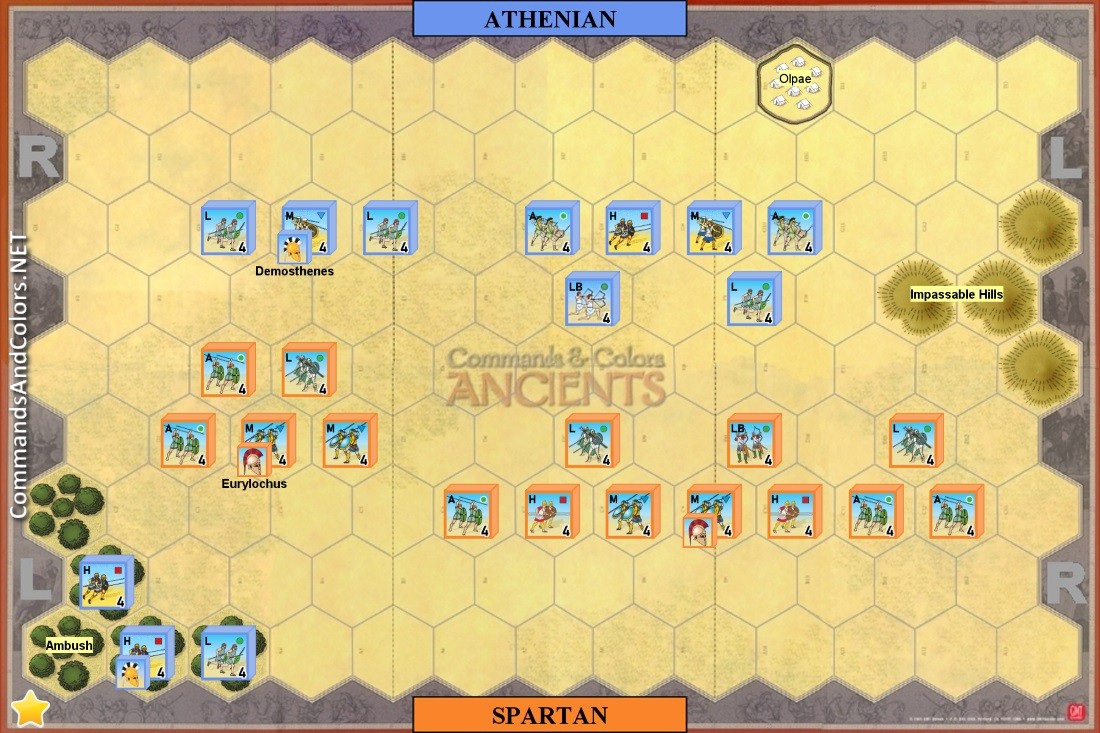 Special Rules
- Athenian Units in the Ambush Forest (bottom left) are "hidden" and cannot be attacked until they are ordered. If one ambush unit is ordered, all the units lose "invisibility".