Written by Benedetto Giovanni Roselli. Posted in Peloponnesian War (431-404 BC)

Historical Background
...Athenians voted to give aid to the Leontines, and they sent twenty ships to Sicily and as generals Laches and Charoeades... Making Rhegium their base they first of all overran the islands of the Liparaeans because they were allies of the Syracusans, and after this they sailed to Locri, where they captured five ships of the Locrians, and then laid siege to the stronghold of Mylae. When the neighbouring Sicilian Greeks came to the aid of the Mylaeans, a battle developed in which the Athenians were victorious, slaying more than a thousand men and taking prisoner not less than six hundred; and at once they captured and occupied the stronghold. ...Such were the affairs in Sicily at this time (Diod. XII, 54, 4-5).

"Laches would have deployed his hoplites in standard fashion, stacking them eight deep over a front of 200 metres with the troops from Athens on the right and their allies on the left. The Messenians seem to have an irregular approach in opposition. Instead of equaling the Athenian front with thinner files, they apparently elected to form a shorter line at matching depth. Mistake! Following a storm of arrow fire, charging Athenian hoplites must have quickly dispersed the psiloi guarding the Messenian flanks and then folded around both ends. Troops caught along the flanks by this pincher movement died where they stood inside a half-circle of lancing enemy spears; and men ranked at the front fraired no better, being overrun and slaughtered after tose behind tossed shields and bolted" (from Fred Eugene Ray Jr. Land Battles in 5th Century BC Greece: A History and Analysis of 173 Engagements, 2009, p. 164) 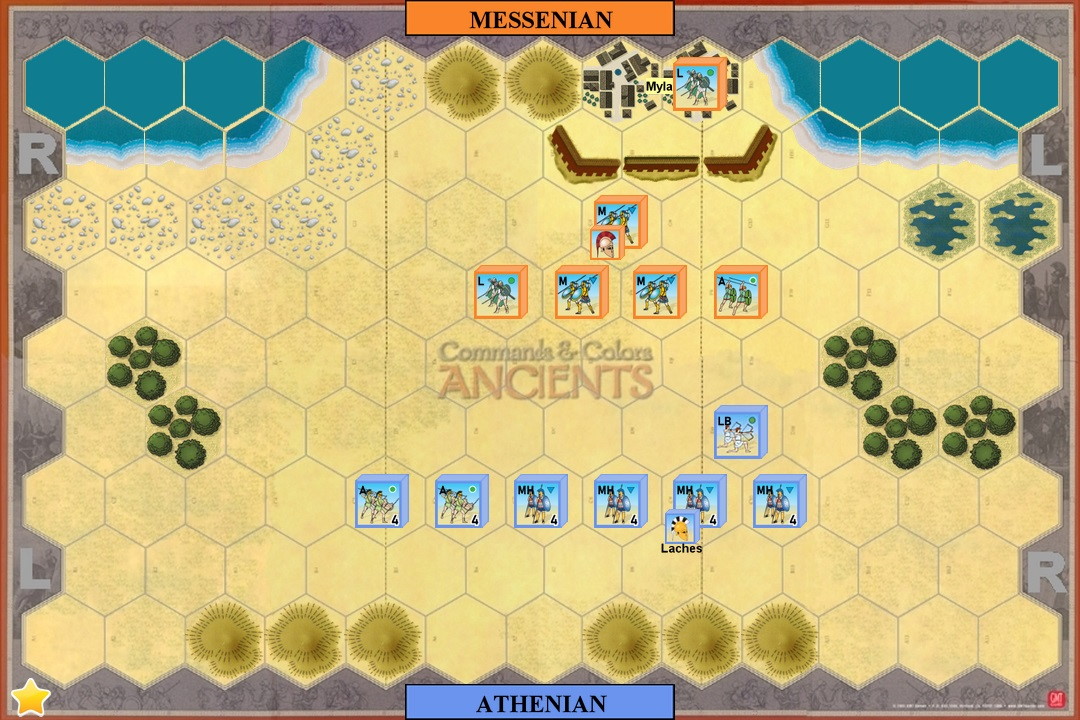 Mark-McG replied the topic: #4342 3 months 1 week ago
I'dassume so, that it was inherent to MH units.