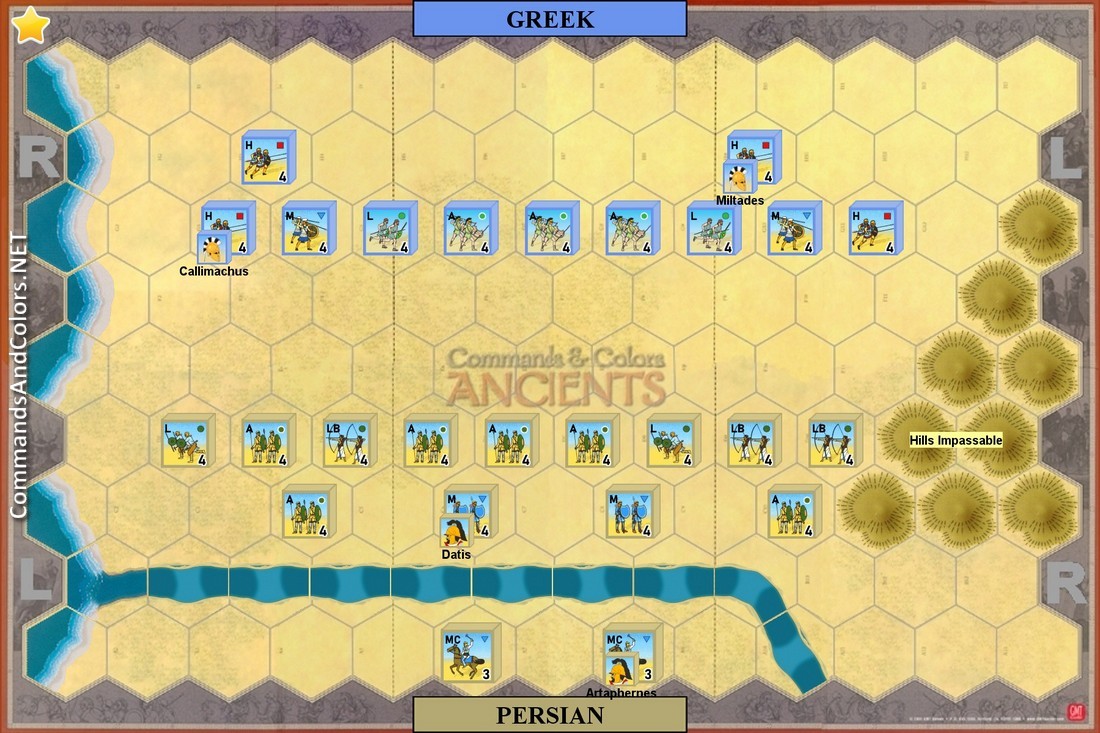 clavain replied the topic: #3895 1 year 5 months ago
6-5 for the Greeks. Persian cavalry managed to get behind the Greek line and take out a couple of weakened units, and had the last one needed to win in their sights, but couldn't get to it before the Greek heavy foot drove back the Persian left and right. Very close game - wondering if a valid tactic for the Persians might be to pull back into the river, thus taking away the advantage of the Greek heavies.
eques replied the topic: #608 13 years 4 weeks ago
Yes I think it would have been better to either make the Athenian Centre Medium and the flanks heavy or simply give them more blocks on the flanks than in the Centre.