Historical Background
The Battle of Gythium was fought in 195 BC between Sparta and the coalition of Rome, Rhodes, the Achaean League and Pergamum. As the port of Gythium was an important Spartan base the allies decided to capture it before they advanced inland to Sparta. The Romans and the Acheans were joined outside the city by the Pergamese and Rhodian fleets. The Spartans held out but one of the joint commanders, Dexagoridas, decided to surrender the city to the Roman legate. When Gorgopas, the other commander, found out he killed Dexagoridas and took solo command of the city. After Dexagoridas' murder the Spartans held out more vigorously. However, Flaminius of the allied forces arrived with 4,000 more men and the Spartans decided to surrender the city on the condition that the garrison could leave unharmed. The result of this battle forced Nabis, the tyrant of Sparta, to abandon the surrounding land and withdraw to the city of Sparta. Later that year, Sparta capitulated to the allies.
http://en.wikipedia.org/wiki/Battle_of_Gythium
The stage is set. The battle lines are drawn and you are in command. The rest is history. 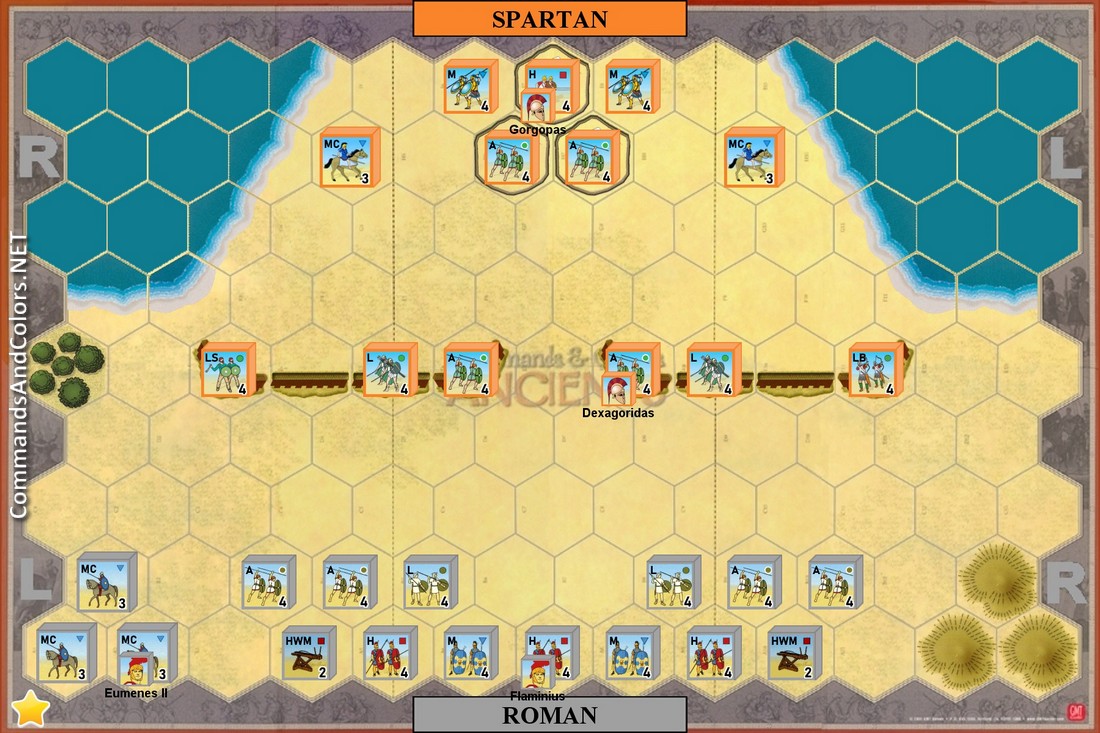