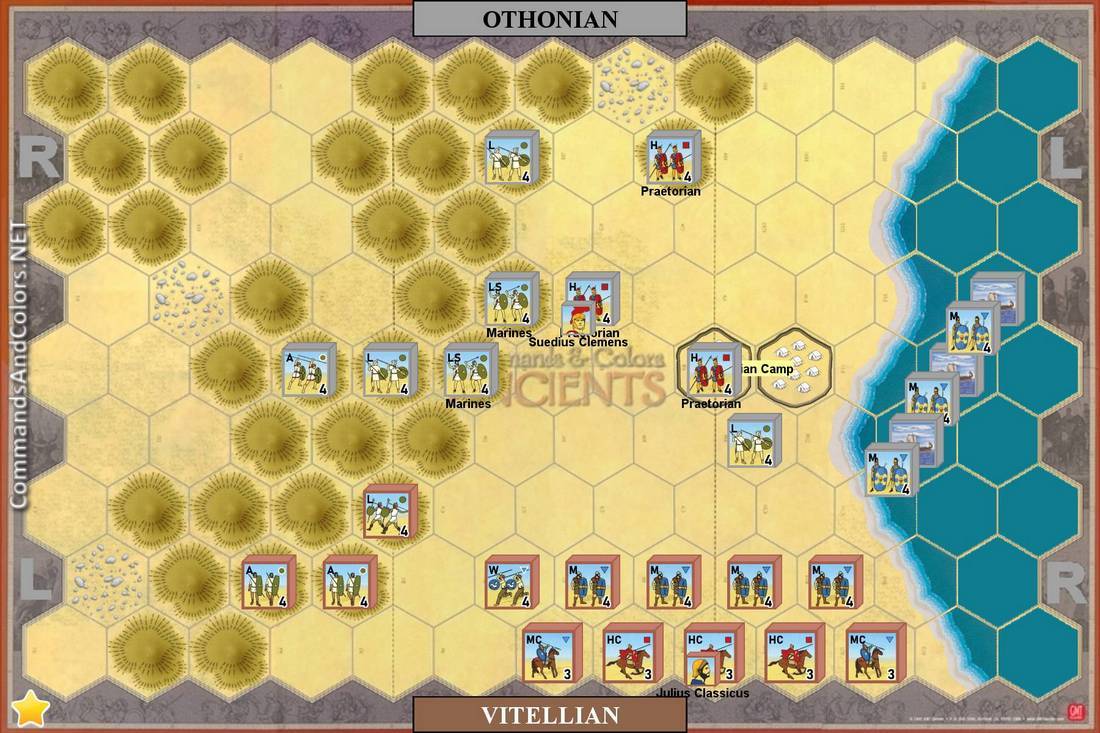 Vitellian Surprise Attack Effect: The Othonian Player starts the game with only 2 Command Cards—At the end of his first, third and fifth player-turns he draws an additional card to eventually bring his hand to five cards for the rest of the scenario.
Othonian units (including ship units) may not support each other to prevent retreats during the first three Vitellian and the first three Othonian player-turns.

Othonian Fleet Panic: Othonian ship units may not be ordered at all during the first four Othonian Player-turns of the scenario. The ship units must simply stay in their starting hexes: D11, E12, F12 with their Medium Infantry units aboard until the Othonian 5th Player- turn when they can be ordered normally.

Othonian Camp Hextiles: The camp tiles have no special combat effects other than to a) block line of sight, and also b) Vitellian cavalry units attacking/battling-back into or out of the camp hexes do so at 1 dice less than normal. Note that the Othonian Camp tiles are not on the map in the 1st Battle.

Battle Strengths Note: These two fights represent quite small-scale historical engagements when compared with the vast bulk of other C & C Ancients scenario situations. The opposing forces probably only had in the area of 2,000 to 4,000 effective combatants per side in each battle.