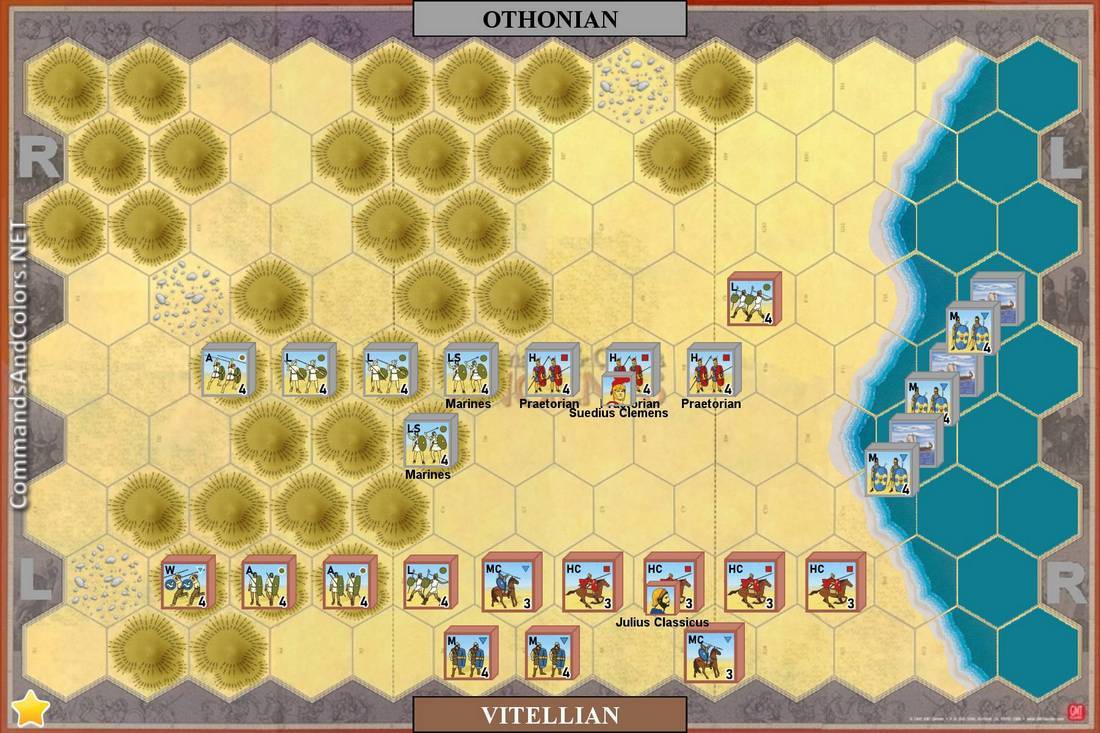 Victory
5 Banners for each side - scored in the normal fashion, however the Othonian Player receives and retains 1 banner if one of their ship units with a Medium Infantry unit still aboard occupies hex A13. Additionally the Vitellians score and retain 1 Banner if their units currently occupy both hexes I10 & I11.