Historical Background
Cleomenes I of Sparta, inspired by the words of the oracle at Delphi that he would take Argos, marched into Argive territory. It was here that the Argive army took up a defensive position. The Argive generals wanted to be forewarned of any Spartan attack, so they instructed their herald to listen to orders issued by the Spartan herald and then to repeat them to the Argive camp. Cleomenes realized what was happening and ordered his army to ignore the next meal call and charge the enemy instead. The Argives were taken by surprise and those who were not killed in the assault fled to the Sacred Grove. The Spartan army then marched to Argos, but a female poet named Fetesilla rallied the women and children to defend the city walls. After an initial attack the Spartans withdrew, as there was no honor in defeating women.
The stage is set. The battle lines are drawn and you are in command. Can you change history? 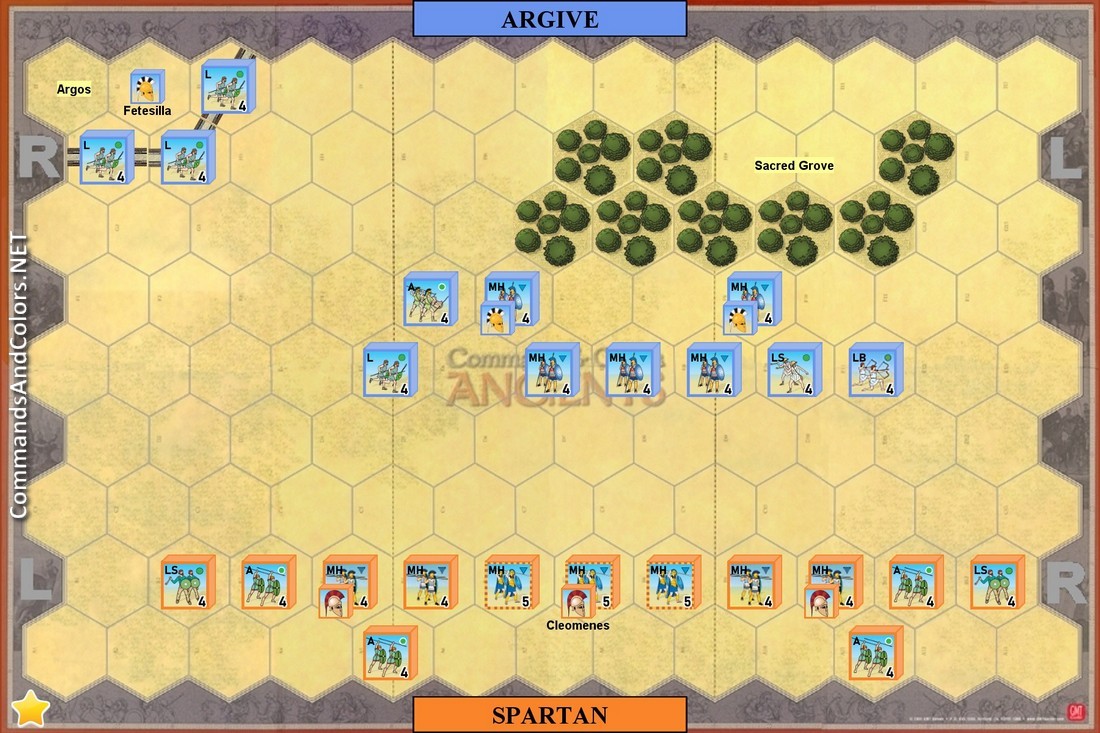 Special Rules
• The eight forest terrain hexes make up the Sacred Grove. Both sides gain one Victory banner for every two Argive units that occupy forest hexes. An Argive unit on a forest hex in the Sacred Grove will require two orders to move and/or battle when ordered by a Section Command card. This two-order rule does not apply to Tactic Command cards that are played.

• Argos is a Scalable Walled City.

• The three light infantry units in the city represent women and children. These units and the leader may not leave the city.