Historical Background
During the 7th century Pheidon seized the throne from the reigning aristocracy of Argos and gradually reunited the independent cities of the Argive. This energetic leader increased the power of Argos and instituted reforms for the citizens and its military. Seeking to further increase his power, Pheidon removed the Elean superintendents of the Olympian Games and he himself presided. The Eleans looked to Sparta for assistance, but when Sparta marched against Pheidon, the Argive Hoplite Army defeated the Spartans at battle of Hysiae. The Spartans were quick to learn from their defeat and would soon train their own Hoplite Army.
The stage is set. The battle lines are drawn and you are in command. Can you change history? 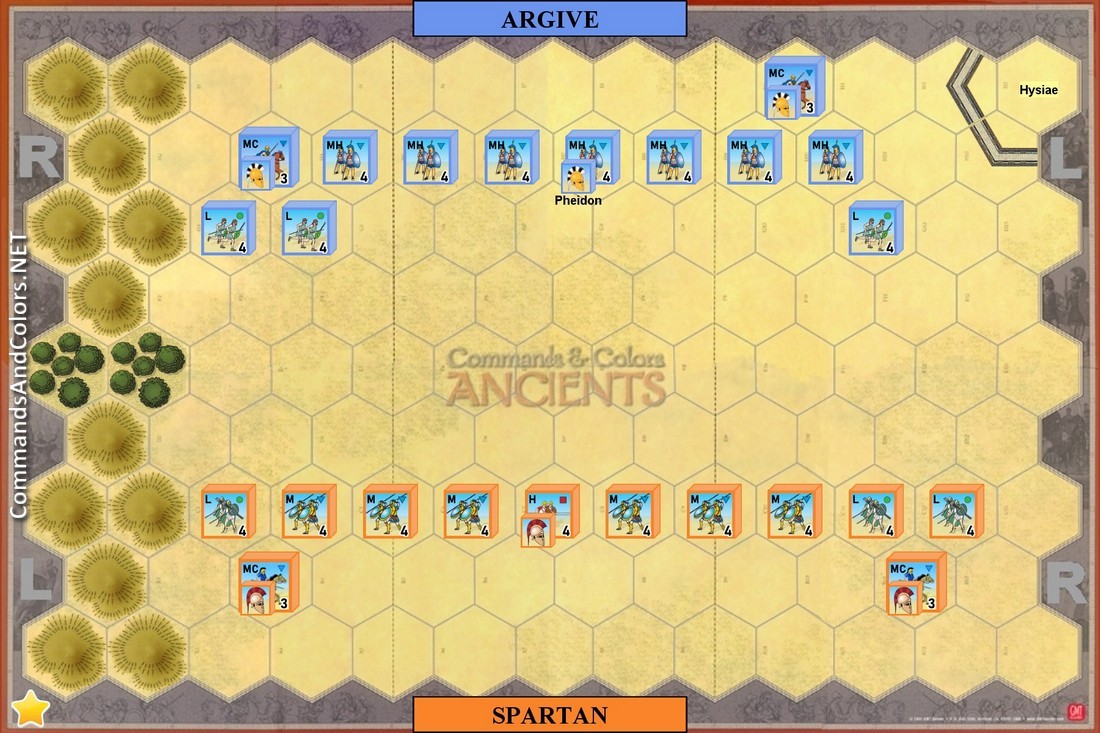 • Hysiae is a Fortified Walled City.