Historical Background
A class struggle in the Greek colony of Cyrene in Libya erupted into a full-blown civil war in the year 400 BCE, led by a man named Ariston who seized control and either exiled or executed the wealthy elites who had previously dominated Cyrenaican politics. These exiles were soon joined by the timely arrival of 3000 Messenians from Laconia, themselves forcibly removed by Sparta from Greece in a bid to consolidate control after their victory in the Peloponnesian War over Athens. This "exile army" formed up on the plains outside Cyrene to challenge Ariston's control over the city, and were met in battle by a comparable Cyrenaican force that, like the exiles, included hoplites, skirmishers, cavalry, and chariots. In the ensuing battle, the exiles were defeated and the ill-fated Messenians killed "almost to a man" according to Diodorus. However, the enemies soon thereafter reconciled and pledged "not to remember past injuries and lived together as one body in the city."
The stage is set. The battle lines are drawn and you are in command. Can you change history? 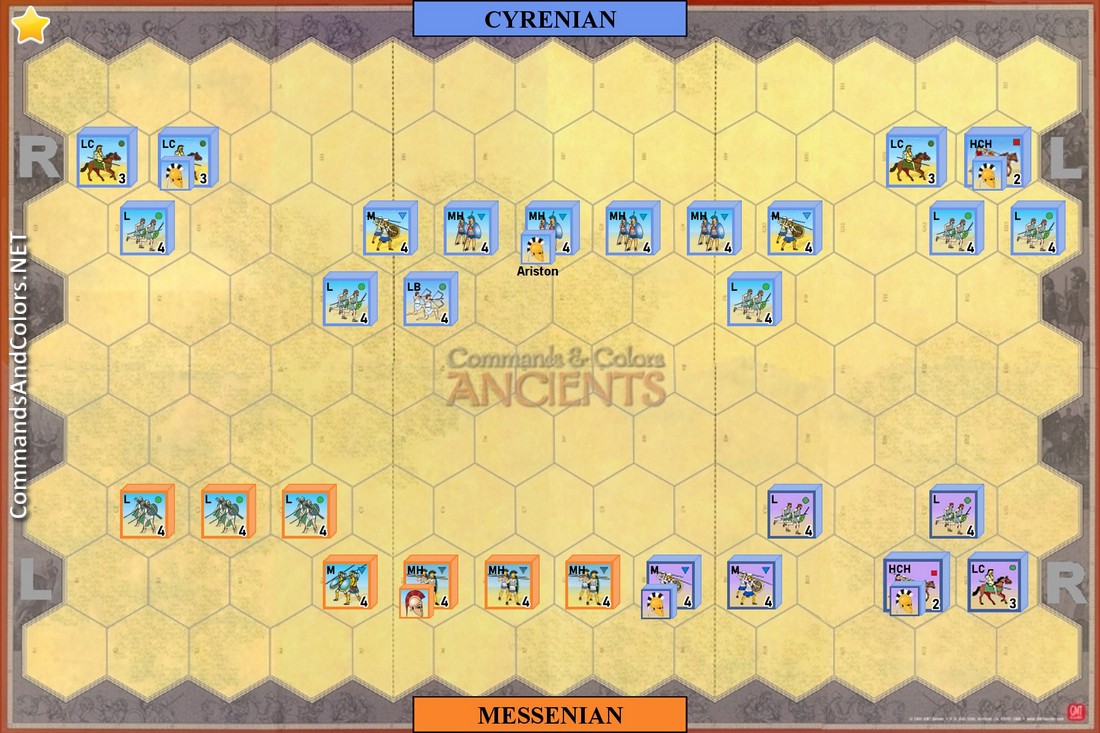 A leadership card played by the Messenian/Exile player may not simultaneously order Messenian and Exile units.