Historical Background
The Delian League sent a force under the command of Cimon to continue to roll back the Persian Empire after their failed attempt to conquer Greece in 480 BCE.  The Athenian-led armada landed near the Thracian city of Eion on the Strymon River, and advanced on the garrison led by the Persian general Butes.
Based on the detailed assumptions of Fred E. Ray in his book “Land Battles in 5th Century BC Greece”, the battle between these two armies likely took place outside the city walls, with the Greeks anchoring their flank on the Strymon and methodically advancing to combat against their more lightly armed Persian opponent.  With perhaps more than 10,000 men on the battlefield, the engagement was like others in a series of last-ditch efforts by the Persians to keep the resurgent Greeks at bay but, like the others, ended in defeat for the Empire.
Butes retreated into the city, and chose to set it on fire and die in the blaze rather than surrender it to the victorious Greeks.  By pushing the Persians out of Thrace, and Europe, the newly-formed Delian League was well on its way to asserting itself throughout the Aegean.
The stage is set. The battle lines are drawn and you are in command. Can you change history? 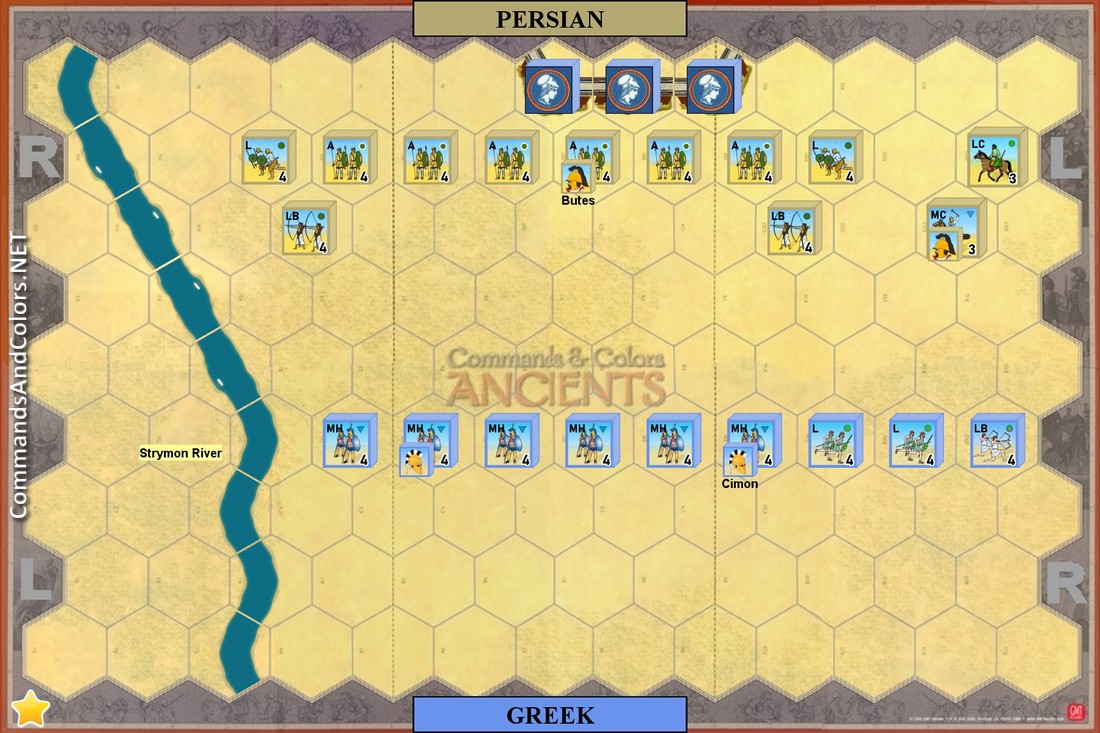 Greek player immediately receives a banner for each of the three hexes within Eion they occupy.  If regained by Persians, banners are lost individually.