Written by Travis Taliaferro. Posted in First Peloponnesian War (460-445 BC)

Historical Background
In 459 BCE, Athens had started to contest the control of the Saronic coast with Corinth, traditionally an Athenian enemy, as a result of a treaty of alliance between Megara and Athens.  Instead of sitting idly by, Athens moved to support Megara by seizing Halieis, a Saronic port within the territory of a Corinthian ally.
Although initially landing at Halieis without resistance, a polyglot force composed of Corinthians, Sicyonians, and Epidaurians soon opposed the invaders in a battle near their landing site.  Although historians disagree as to the outcome of this particular engagement, the Athenians eventually withdrew to their ships, later winning a significant naval battle offshore.
The stage is set. The battle lines are drawn and you are in command. Can you change history? 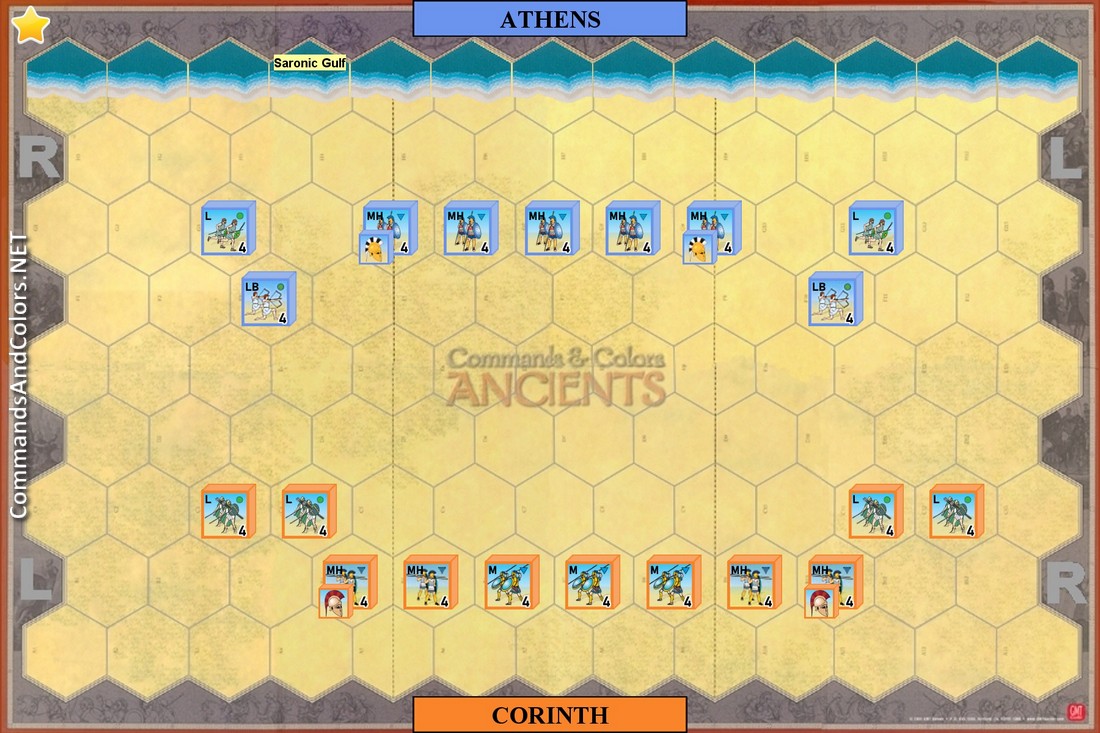 Mark-McG replied the topic: #2039 4 years 1 week ago
Swapped the MI for MH, which seemed to work fine and in this instance made no difference to play anyway.
Quite a protracted exchange of missile fire as the lines closed, but once the lines met it was over pretty quick.
Read More...