Historical Background
In 376 AD, the Goths, led by Alavivus and Fritigern, asked to be allowed to settle in the Eastern Roman Empire. Hoping that they would become farmers and soldiers, the Eastern Roman emperor Valens allowed them to establish themselves in the Empire as allies (foederati). However, once across the Danube and in Roman territory, the dishonesty of the provincial commanders Lupicinus and Maximus led the newcomers to revolt after suffering many hardships. In 378, Valens decided to take control himself. On the morning of 9 August, Valens decamped from Adrianople, where he left the imperial treasury and administration under guard. The Roman troops arrived tired and dehydrated, facing the Gothic camp that had been set up on the top of
a hill.
The stage is set. The battle lines are drawn and you are in command. Can you change history? 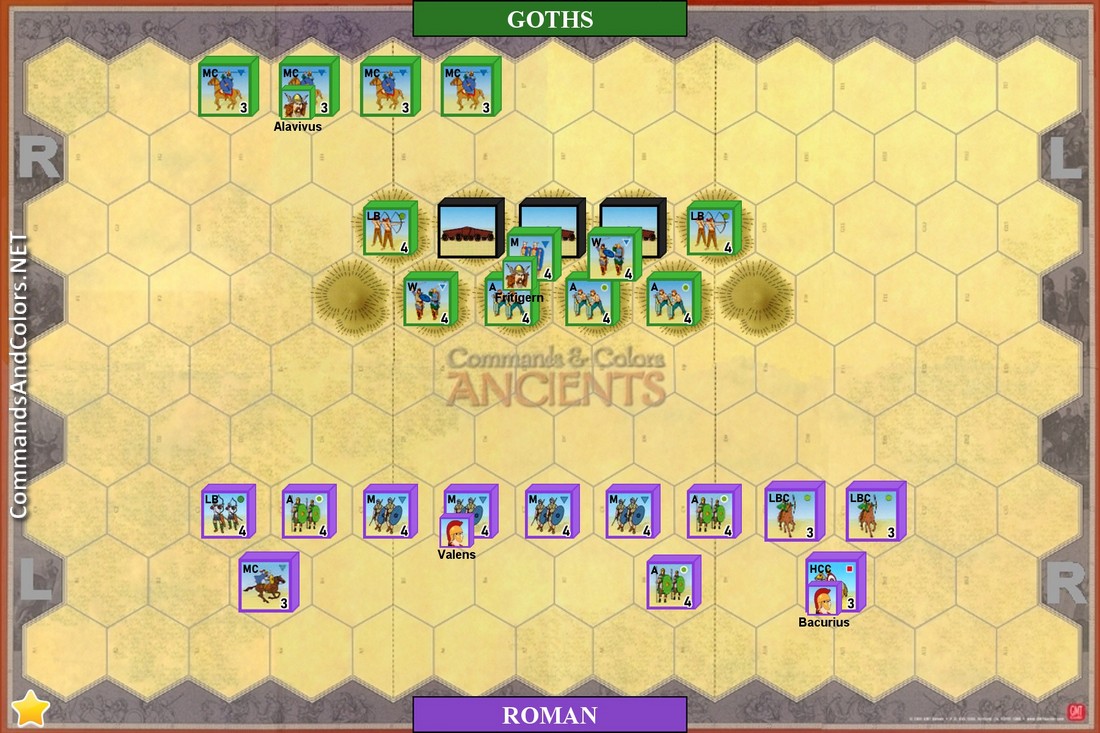 Special Rules
• Imperial Legions rule is in effect for the Romans.

• The Laager is controlled by the Goths and may be destroyed by Roman units.