Historical Background
In the swirling confusion following the accidental death of Cambyses II and then the assassination of his brother, Darius I seized control of the Achaemenid (Persian) Empire in 522 BCE.  Many nations who had previously submitted to the Persians now revolted, and Darius moved to put down the threats posed by these subject peoples to the stability of the empire.
One such revolt was led by the Medes, who were in turn led by Phraortes, a usurper making a claim to the throne that was recognized by the Hyrcanians and Parthian peoples.  These two warlike groups joined together and attacked a satrapal army under the command of Hystaspes, the father of Darius.  Although Darius would later claim the battle at Vishpauzatish was a Persian victory, a more likely outcome was a drawn battle, due to the fact that imperial reinforcements were hastily summoned and sent to aid his father, perhaps under siege after the inconclusive clash.  Hystaspes would win the decisive battle three months later at Patrigrabana, and again solidify Persian control over the region.
The stage is set. The battle lines are drawn and you are in command. Can you change history? 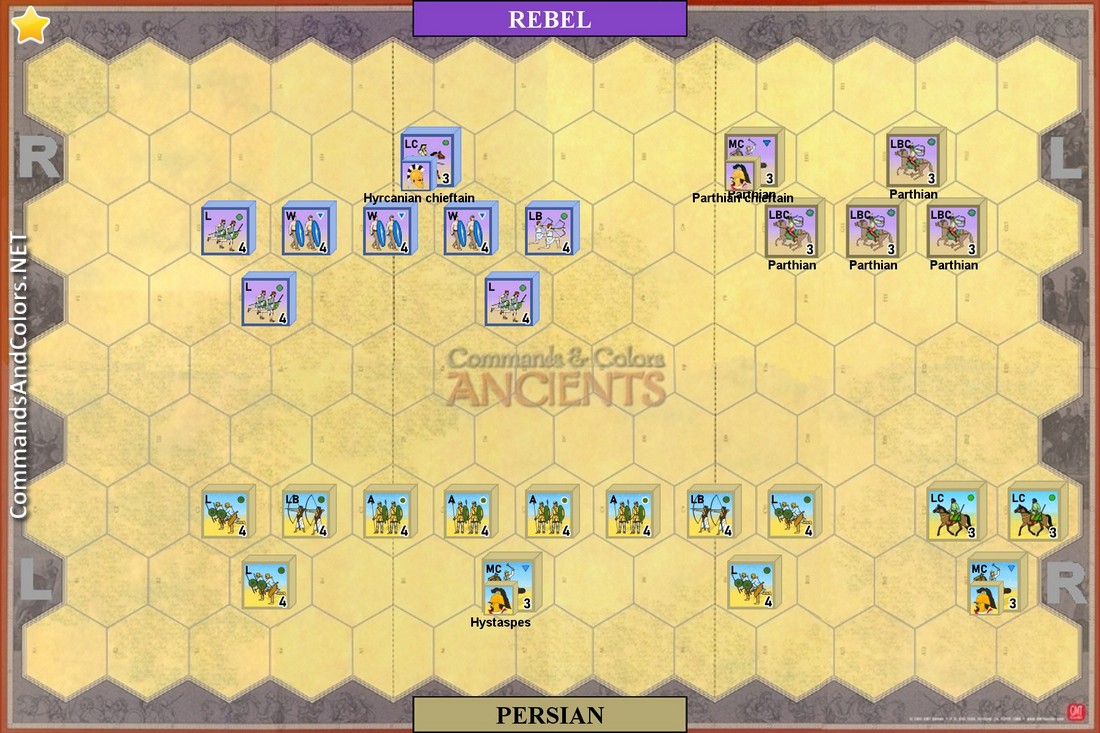