Historical Background
Hoping to capitalize on the nascent Persian Empire’s inability to defend its borders, King Croesus of the Lydian Empire moved his army across the Halys River which marked the edge of Lydian territory.  In the winter of 547 BCE, the two armies squared off near the former Assyrian city of Pteria, in the first of a series of clashes that would ultimately shape politics throughout the ancient world for centuries.
Despite taking the initiative, and possessing more heavily armored infantry and cavalry, the outnumbered Lydians weren’t able to inflict defeat on the Persian army commanded by Cyrus the Great, and withdrew from the field after a hard-fought battle.
Croesus, convinced the Persian army wouldn’t follow his retreat back to Lydia, released some of his mercenaries and other troops from duty, only to realize later that Cyrus was still in pursuit.  The decisive battle of the war was fought at Thymbra the next year, and Lydia became a part of the Persian Empire soon thereafter.  The prophecy of the Delphic oracle, which according to legend Croesus had consulted before the campaign, had come true: "If King Croesus should cross the Halys River, a great empire will be destroyed."
The stage is set. The battle lines are drawn and you are in command. Can you change history? 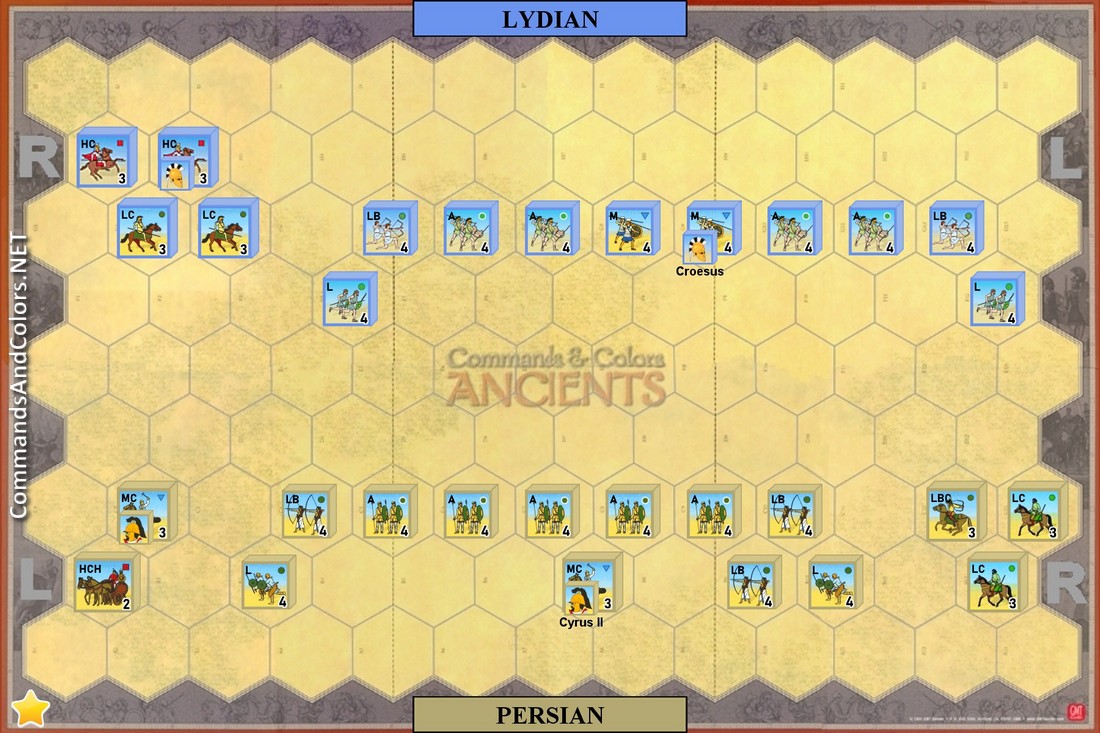 Special Rules
If either Croesus or Cyrus is eliminated, that side has their command reduced by one to four, and the victory conditions are raised by one banner, to seven.  The reduced command is reflected by a player NOT drawing a card at the end of their next turn.