Historical Background
After Phraortes of Media, along with others, challenged the ascension of Darius to the throne of the Persia in 522 BCE, the subject nations of Parthia and Hyrcania openly joined the revolts that gripped the unsettled empire.  After an inconclusive battle at Vishpauzatish between the rebels and a satrapal army under the command of Hystapes (father of Darius), the emperor moved quickly to send imperial reinforcements to the garrison at Patigrabana, which was again opposed by a composite army of Hyrcanians and Parthians that had pledged their loyalty to Phraortes.
Although few details exist regarding the battle itself, the Persians must have relied on their overall cohesion to defeat the two very different types of forces that were likely arrayed against them.  The Hyrcanians, known for their tough mountain warriors, were composed primarily of infantry and foot archers, while the Parthians would have likely been exclusively a mounted force of skilled shock cavalry (though not yet the cataphracted cavalry that would oppose the Romans in later years) and the famous Parthian horse archers.
In words attributed to Darius, found on the Behistun Inscription, the victory was complete:  “After that I sent forth a Persian army to Hystaspes, from Raga. When this army came to Hystaspes, thereupon Hystaspes took that army (and) marched out…and by the favor of Ahuramazda Hystaspes smote that rebellious army exceedingly.”  Parthia and Hyrcania were swiftly brought back into the fold, and the would-be usurper Phraortes would later be captured and executed.
The stage is set. The battle lines are drawn and you are in command. Can you change history? 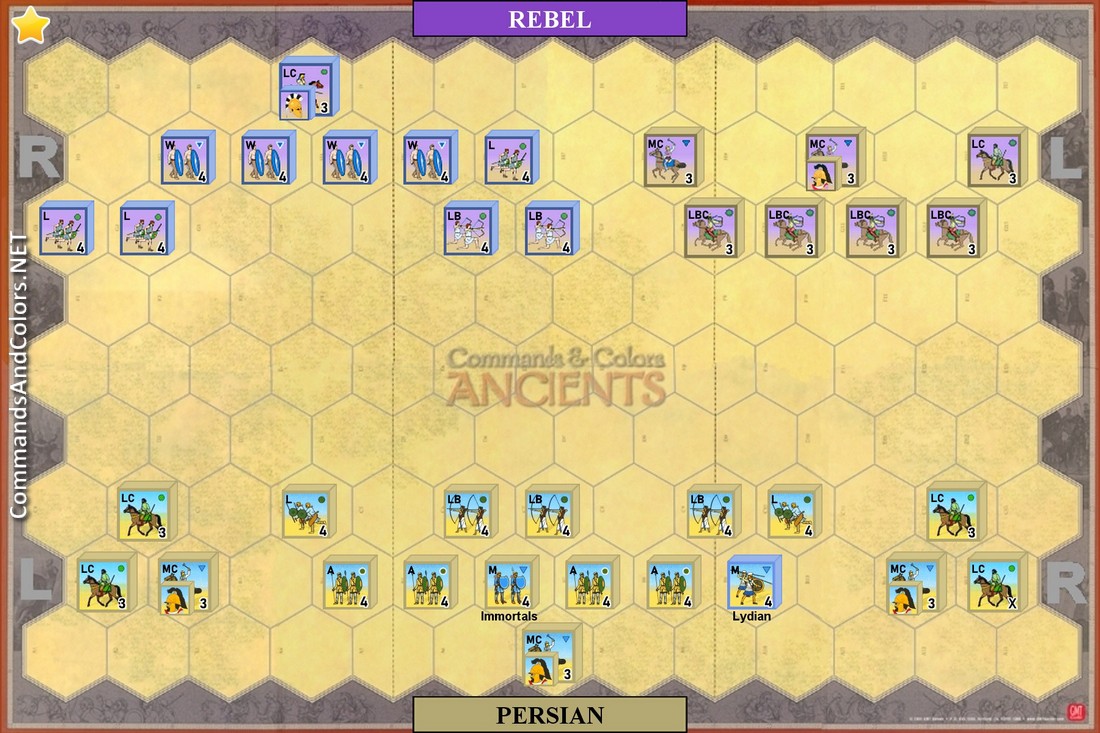