Historical Background
In 539 BCE, the growing Persian Empire, under the impressive leadership of Cyrus the Great, cast its expansionist gaze southward to the embattled remnants of the once-great Babylonian Empire.  Although only fragmentary records exist concerning the Persian conquest of Babylonia, modern historians place the conclusive battle of the campaign at the strategic gateway city of Opis, located north of Babylon at the end of the Median Wall along the banks of the Tigris River.
Ancient historians only cover the supposed battle in broad strokes, but the battle appears to have been the decisive defeat of the Babylonian Empire, allowing Cyrus and his Persian army to march on Babylon (perhaps the largest city in the world at the time) with relative ease.  According to the ancient sources, the battle was a massive defeat for the Babylonians,
The defeat at Opis represents the beginning of a major shift in the history of the Near East.  The Babylonians, who under Nabonidis had become increasingly intolerant of dissenting religions and cultures within their empire that spanned the Fertile Crescent, were replaced by the more magnanimous Persians, who among other things, repatriated the Jews from the Babylonian Captivity.
The stage is set. The battle lines are drawn and you are in command. Can you change history?

Designer’s Note:
I have decided to design these armies using a combination of several army compositions listed in various sources, namely DBA references.  The battle, hard-fought though it may have been, seems to have been a clearly decisive Persian victory, hence the reason for the unbalanced armies. 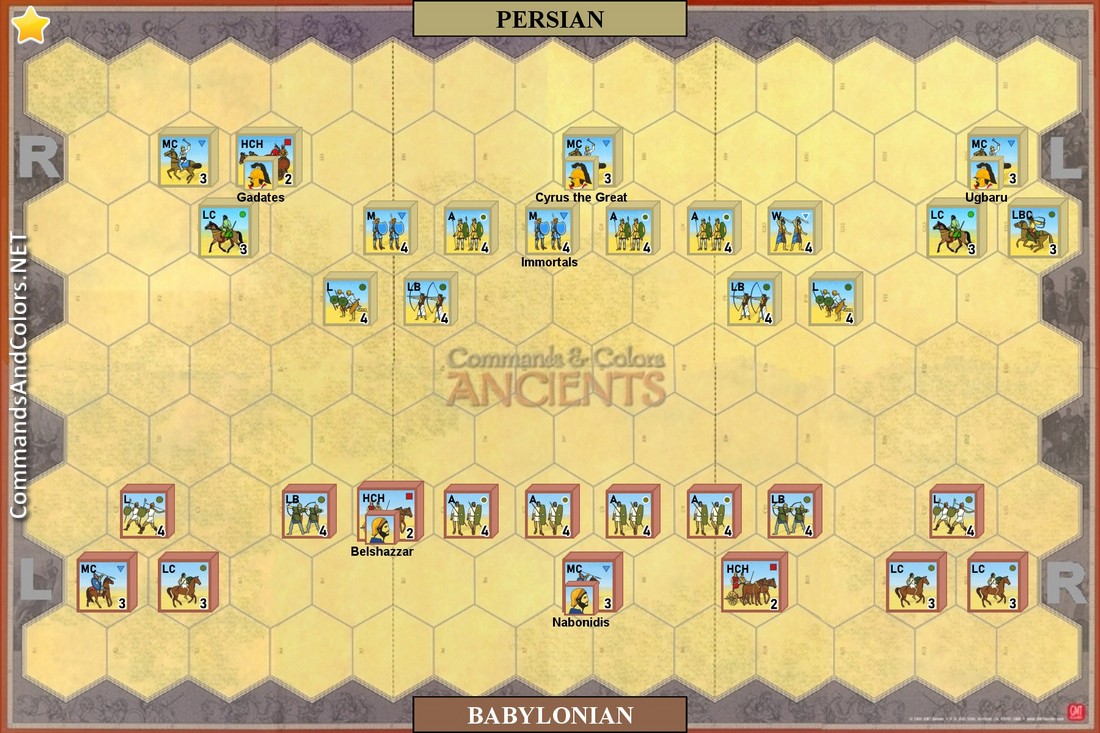 Special Rules
Persian Immortals: The Immortals unit is considered bow-armed (in addition to their normal medium infantry capabilities), and may ignore one additional flag.