Historical Background
A Phoenician revolt against the Great King in 345 BCE brought on a swift reaction from the Empire, as a Persian army led by the satraps Belesys of Syria and Mazaeus of Cilicia quickly responding to the threat, and marched against the city of Sidon with the hopes of crushing the nascent rebellion.
The Phoencians were ready, having reinforced their army with hoplites from their ally Egypt under their Rhodian commander Mentor. In what was probably a hotly contested battle, the Phoenicians repulsed their Persian enemies on the battlefield, but their success was short-lived once the main imperial army arrived. Mentor and his command defected, and would later serve Artaxerxes after the fall of Sidon, and allowed the massive Persian army to continue its campaign against Egypt.
The stage is set. The battle lines are drawn and you are in command. Can you change history? 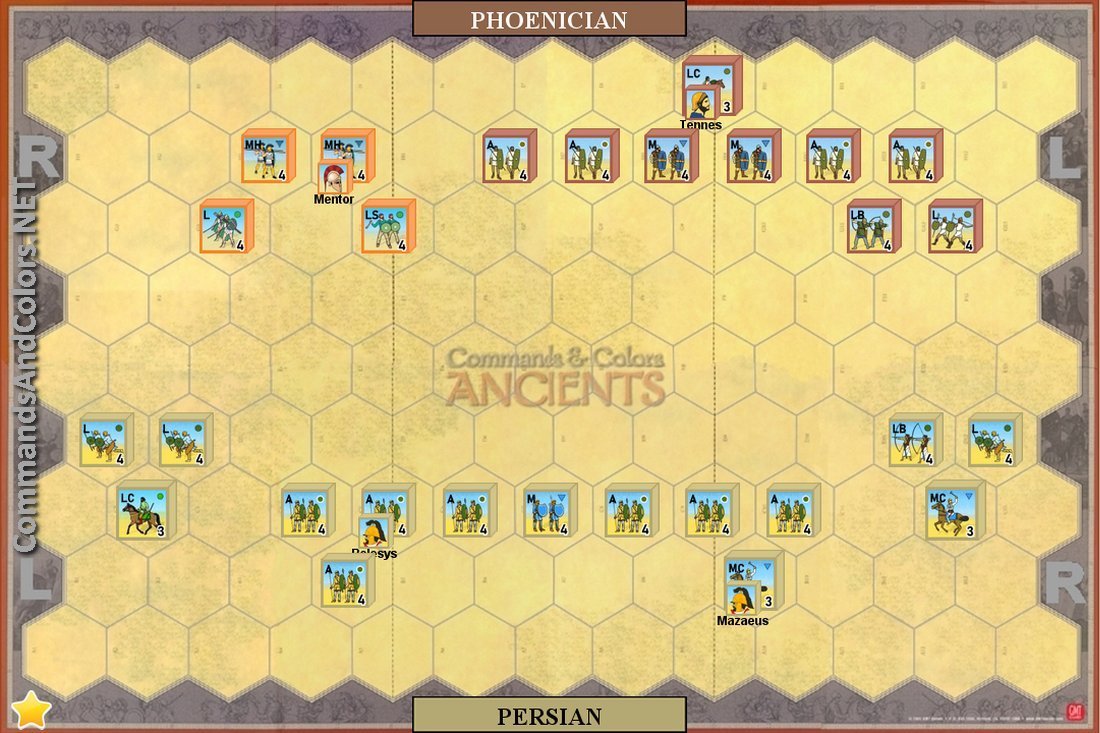 Special Rules
> Only the 4 Greek units can be ordered by a Leadership card used to activate Mentor, the Rhodian mercenary leader.