Historical Background
Artaxerxes III of Persia had attempted to reclaim Egypt for the Persian Empire once before in 351 BCE, and sought to avenge this earlier defeat by assembling a massive army in a second attempt two years later. The Persians marched down the Levant coast, subduing Sidon before advancing against their first major obstacle in Egypt, the fortress of Pelusium which guarded the approach from Asia. This Persian force may have numbered close to 100,000 total men, with the Greek mercenary contingents encamping closer to the walls and almost immediately skirmishing their Greek counterparts from the Egyptian army who sallied out from their fortifications. The Egyptians had equally impressive numbers on hand under the leadership of King Nectanebo II, with large complements of both Greek and Libyan mercenaries forming the core of his army.
The stage was set for a massive battle on the plains outside of Pelusium for control of Egypt, but this battle never happened. Instead, smaller actions determined this campaign, as Artaxerxes instead outmaneuvered his host, sending forth three separate contingents to find unopposed crossings of the Nile. One of these forces defeated its Egyptian opposition, which may have been seen as a portent of future misfortune to the Egyptian king. The success of these Persian detachments clearly unnerved Nectanebo II (who would reign as the last native Egyptian ruler), who first retired with his army upriver to Memphis, and then fled Egypt altogether as the Persian Empire reclaimed its lost province, which it held until the invasion of Alexander the Great.
The stage is set. The battle lines are drawn and you are in command. Can you change history? 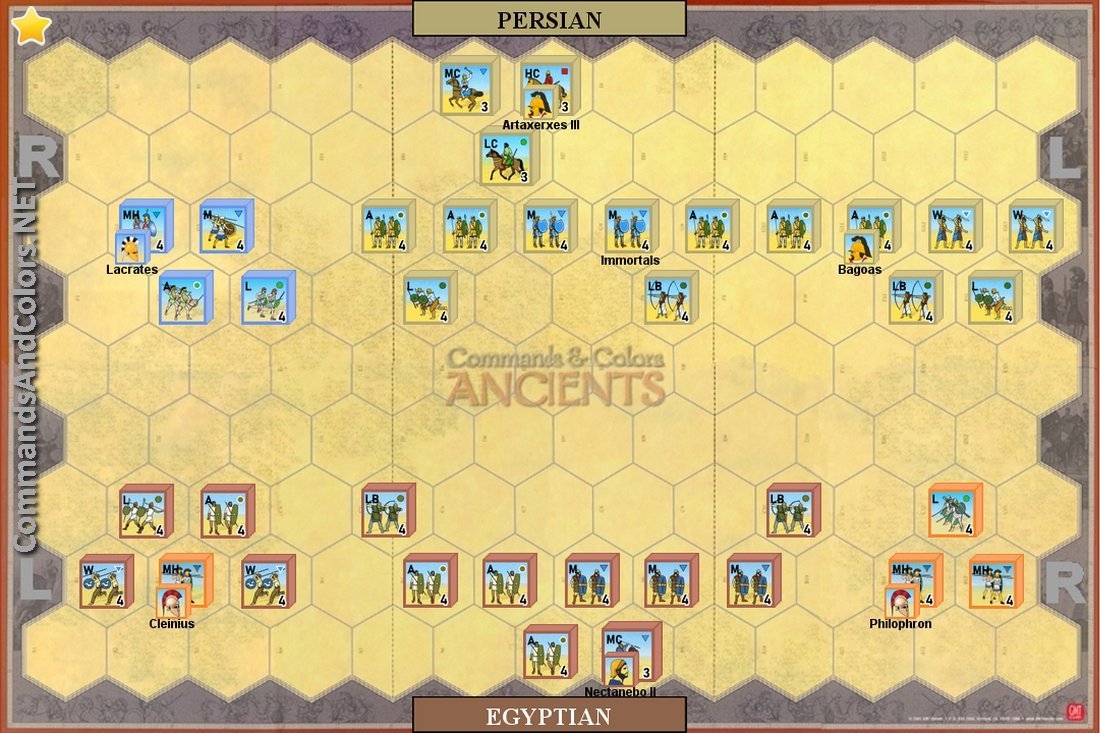 Special Rules
> The Persian Immortals unit is a special medium infantry unit. This unit is considered bow-armed, and can ignore one flag.