Historical Background
Following the death of Xerxes in August 465 BCE, many parts of the Persian Empire, including Egypt, revolted and broke away from Persian rule. The Egyptian leader Inaros defeated the forces of the satrap Achaemenes (brother of Xerxes) in the Battle of Papremis, and sent his slain body to the new Persian king, Artaxerxes I, son of Xerxes, as a warning. Persian forces remained in control of the key fortress of Memphis, but control of Lower Egypt was firmly in the hands of Inaros. A large Persian army then set out to retake the lost province, arriving in 456.
The Persians were able to simultaneously defeat the Egyptian forces besieging the Persian element in Memphis and crush the Athenian expeditionary force trapped on an island in the Nile, whose hoplites had proven so decisive at Papremis. Inaros was soon forced to accept terms of surrender, and despite being promised safety, he was impaled as an example to future rebels.
The stage is set. The battle lines are drawn and you are in command. Can you change history? 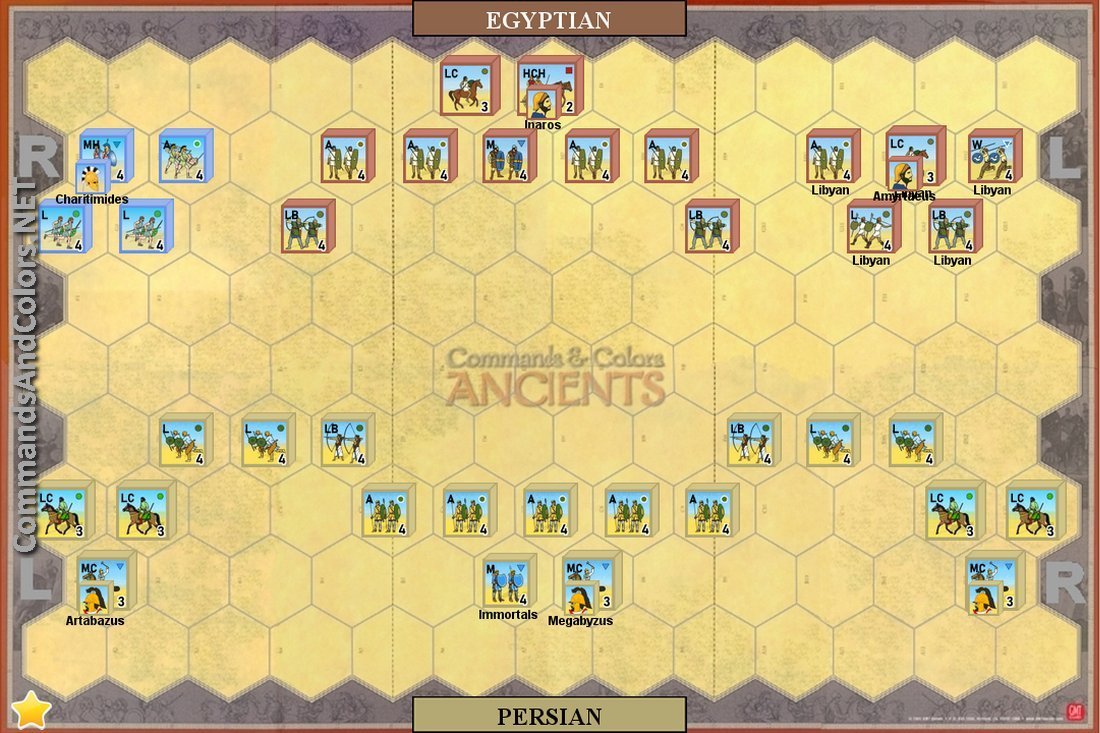 > Immortals: The Persian Immortal unit is a special unit. The Immortals are armed with bows and will also follow Ranged Combat rules.