Historical Background
After the Egyptian king Nectanebos II refused to fight the Persian army assembled before the fortress of Pelusium during the Persian invasion of 344 BCE, the Persian king Artaxerxes instead made plans to outmaneuver the Egyptians to cross the Nile and threaten the Egyptian rear. The Great King divided his Greek mercenaries into three separate contingents, each led by a Greek general with an accompanying hand-picked Persian advisor.
Nicostratus, leading Argive and Ionian Greeks, led his men on ships via canals to the far side of the Nile (having learned of these canals through hostages), which was quickly countered by Greek mercenaries led by Cleinius the Coan. The two groups of hired Greeks clashed in a small battle with far-reaching results, as Nicostratus’s force swept away the resistance and gained a pivotal foothold on the western side of the river.
Nectanebos seems to have lost his nerve following this minor defeat, abandoning his strong position despite his earlier confidence in his large army. He retreated upriver to Memphis, eventually fleeing for the safety of Ethiopia, allowing Artaxerxes to conquer all of lower Egypt.
The stage is set. The battle lines are drawn and you are in command. Can you change history? 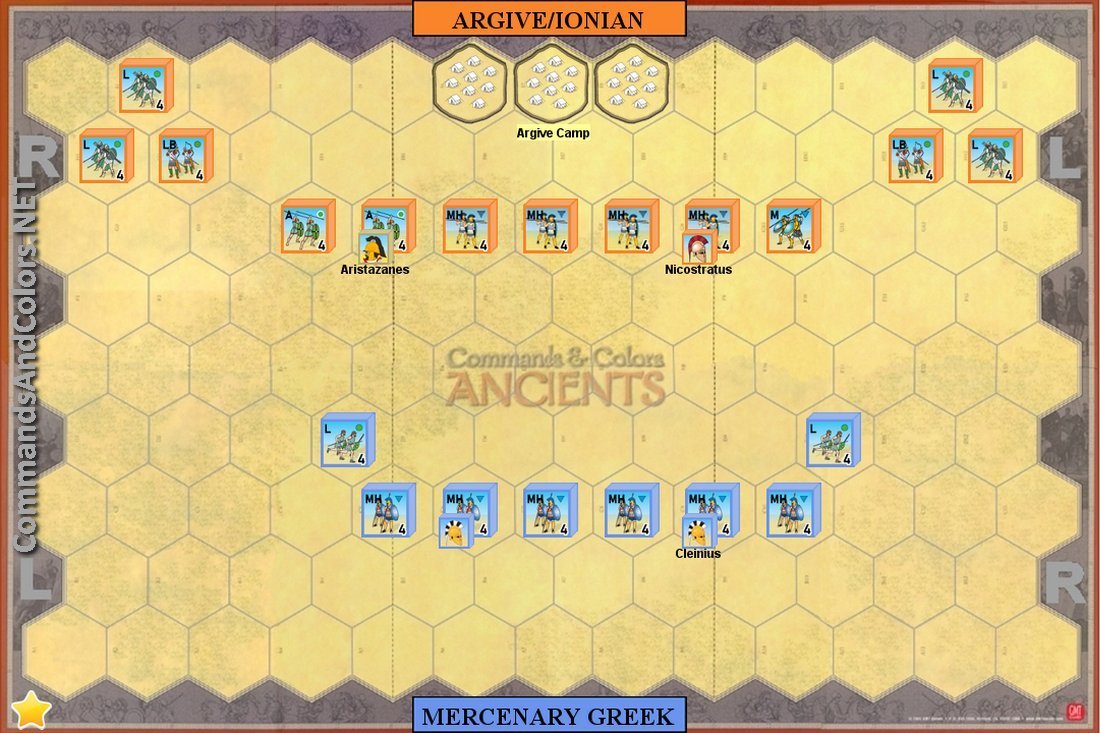 > If any Greek Mercenary unit enters an Argive camp hex, the camp is destroyed and one victory banner is awarded to the Greek player. These banners cannot be lost.