Historical Background
In 386 BCE Evagoras, the king of Cyprian Salamis, led the Cypriot Greeks in an uprising against Persian which spread to the mainland, gaining several powerful allies. The wealthy Evagoras was able to capture Phoenician cities and convince Cilicia to revolt as well against Artaxerxes II, who moved swiftly to counter the rebellion.
The Persians counterattacked the rebels on the mainland, and also landed an expeditionary force on Cyprus near the Phoenician port of Citium in eastern Cyprus, near Larnaca Bay. Evagoras moved quickly to defeat this expeditionary force in a battle nearby, albeit one with scant details other than a short-lived Greek victory.
The Greek naval forces lost a pivotal battle off the coast of Cyprus soon thereafter, which sealed the fate of the rebellion. Evagoras eventually sought terms and was allowed to rule Cyprus as a vassal of the Persian Empire, until he was assassinated in 374.
The stage is set. The battle lines are drawn and you are in command. Can you change history? 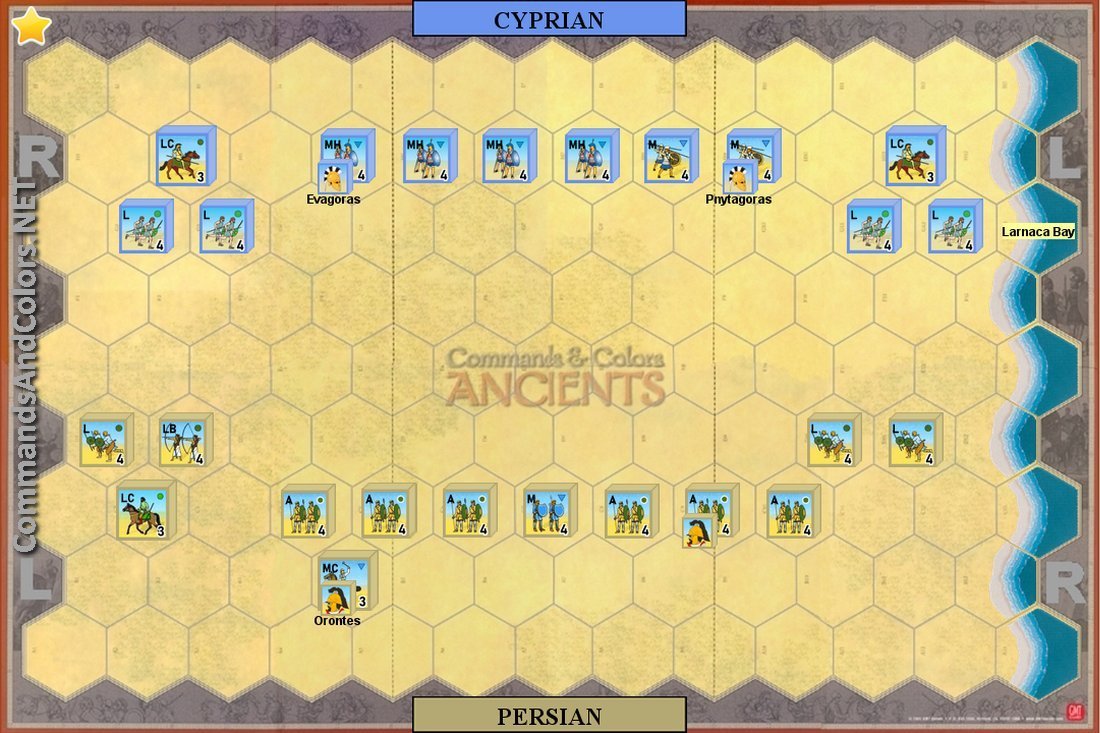