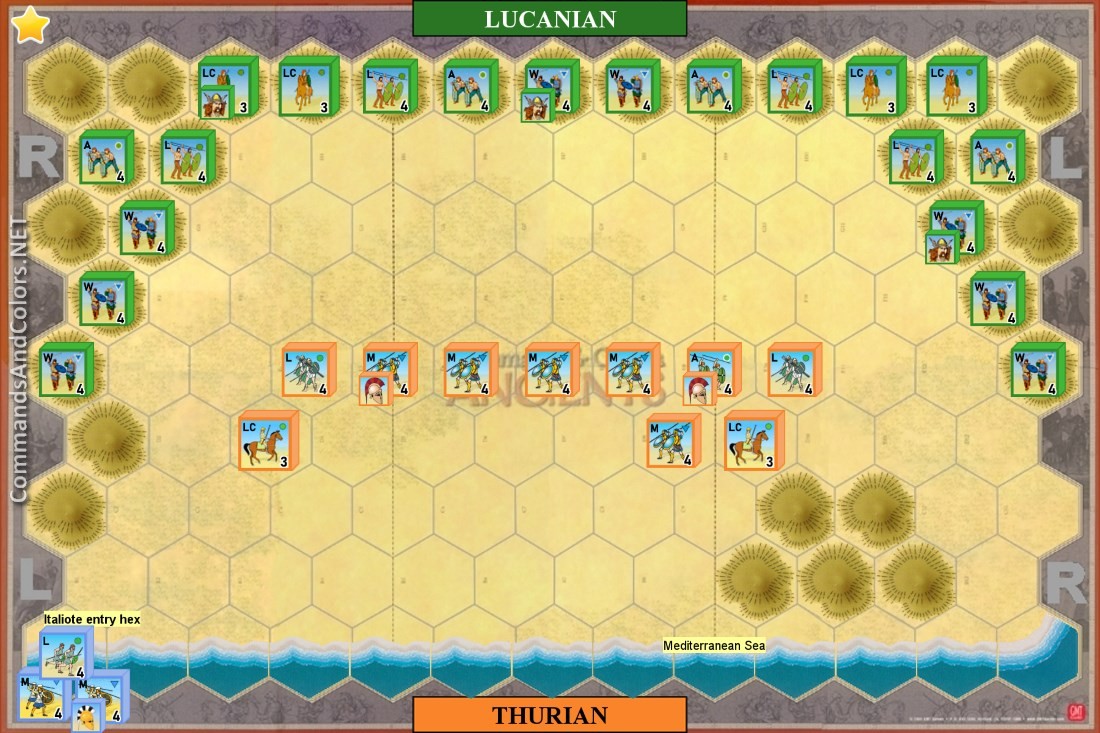 taliapharaoh replied the topic: #2993 3 years 1 month ago
Yes, apologies, should be two leaders in the Thurian army. Will fix that ASAP, thanks for letting me know.

Tomek replied the topic: #2989 3 years 1 month ago
Are there any leaders for the bottom army apart from the one in the reinforcement? It seems a bit unbalanced with three strike groups within range (or near it), 3/(1) leader advantage, numerical superiority and card advantage for the Lucanians.
Read More...