Written by GMT Games. Posted in Year of the Six Emperors (238 AD)

Historical Background
In 235 AD, the Roman army in Germany mutinied and murdered the last Severan emperor, Alexander Severus, after a reign of fourteen years. This led to another succession crisis and civil war. The legions in Germany acclaimed a professional soldier, Maximus Thrax, as the new emperor. Maximus’ harsh rule alienated the Senate and populace of Rome. Then in 238 AD, the aged governor of the province of Africa, Gordianus I, was acclaimed co-emperor with his son, Gordianus II, by rebel forces. The Roman Senate quickly switched its allegiance to Gordianus. The father and son hastily raised an army in Africa. Capelianus, the governor of Numidia, remained loyal to Emperor Maximius. He was in command of the only legion in the region at this time, the III Augusta. The two armies met near Carthage with Gordianus II leading his army of untrained troops against Capelianus’ veteran Legion III Augusta and other units. During the battle Gordianus II was killed and his army soundly defeated. Gordianus I committed suicide upon learning of his son’s death. Maximus benefited only briefly from his lieutenant’s victory, as the rebellion of the Roman senate continued. The Praetorian guards assassinated Maximus, and the grandson of Gordianus I was chosen by the Senate as the new emperor. Gordianus III would rule for seven years.
The stage is set. The battle lines are drawn and you are in command. Can you change history? 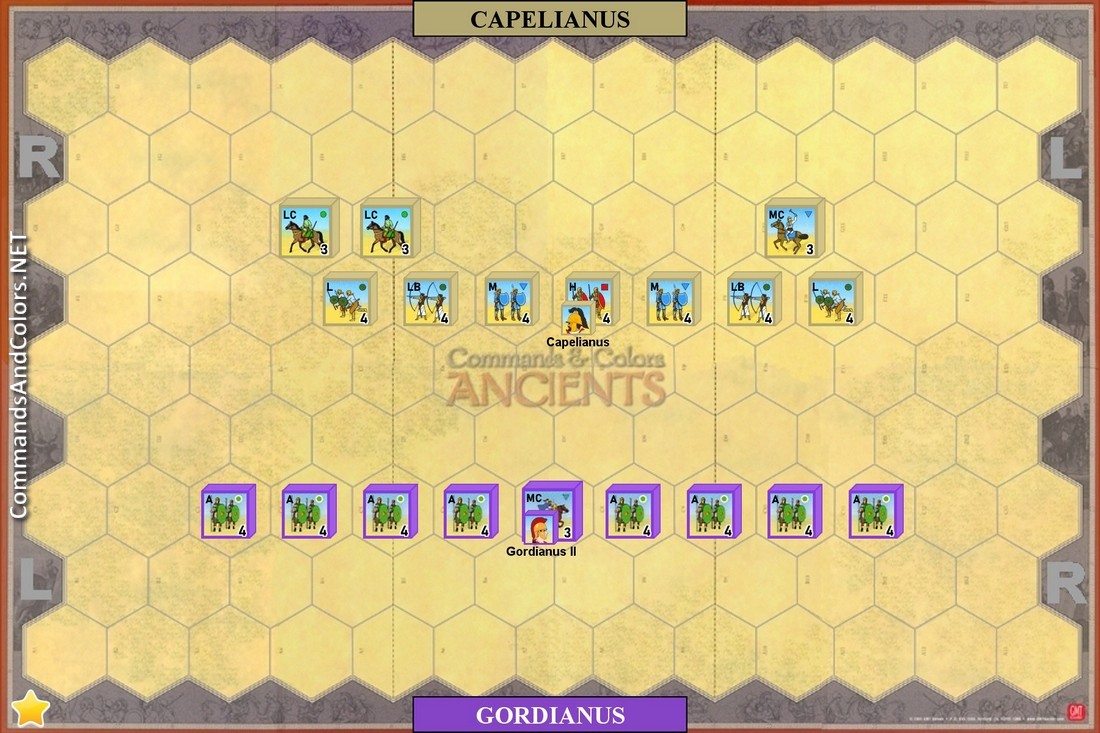