Written by GMT Games. Posted in Year of the Four Emperors (69 AD)

Historical Background
The “year of four emperors” (68-69 AD) began when Nero, the last member of the Julio-Claudian dynasty, committed suicide to avoid execution. Servius Sulpicius Galba, governor of Hispania, was proclaimed emperor, but did last long, for Marcus Salvius Otho, with the support of the Praetorian Guard, murdered Galba and became the second emperor. Meanwhile, the governor of Germany, Aulus Vitellius, also claimed the throne and marched on Rome with his veteran legions and a strong force of Batavian auxiliaries. Otho left Rome with the Praetorian Guard, nearly three loyal legions and a force of gladiators to meet the challenge.
After making camp near Brixellum, Otho decided to call his brother Titianus from Rome to act as his field commander for the upcoming battle. Gaius Suetonius Paulinus, who had defeated Boudica some eight years prior, advised Titianus to wait for reinforcements, but Titianus ignored the advice and led the army out to fight at once. The two Roman armies met at Bedriacum, near Cremona, and heavy fighting took place as legionary eagles were captured and recaptured. Otho’s army eventually gave way when the large force of Batavian auxiliaries took them in the flank. The Othonian troops fled back to their camp and the next day took an oath of allegiance to Vitellius, while Otho committed suicide. Vitellius now became the third of the four emperors in this fateful year, but his reign would not last till the end of the year. Titus Flavius Vespasian, with the support of the eastern and Danubian legions, seized the throne and finally established stable rule.
The stage is set. The battle lines are drawn and you are in command. Can you change history? 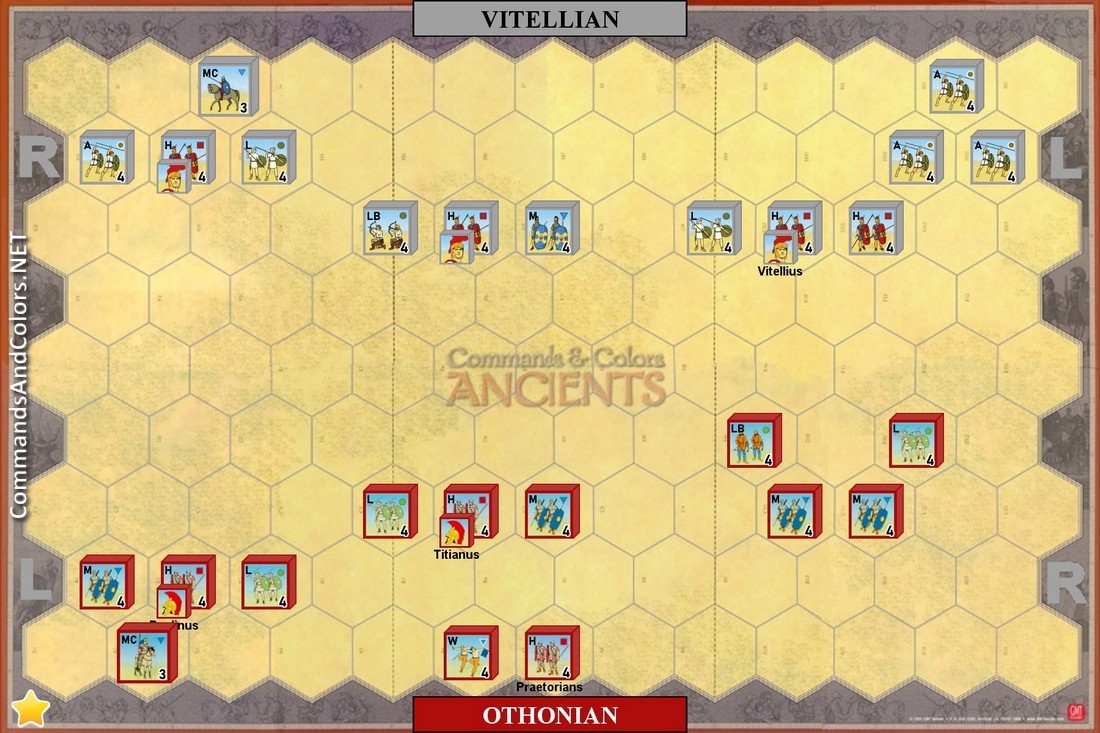