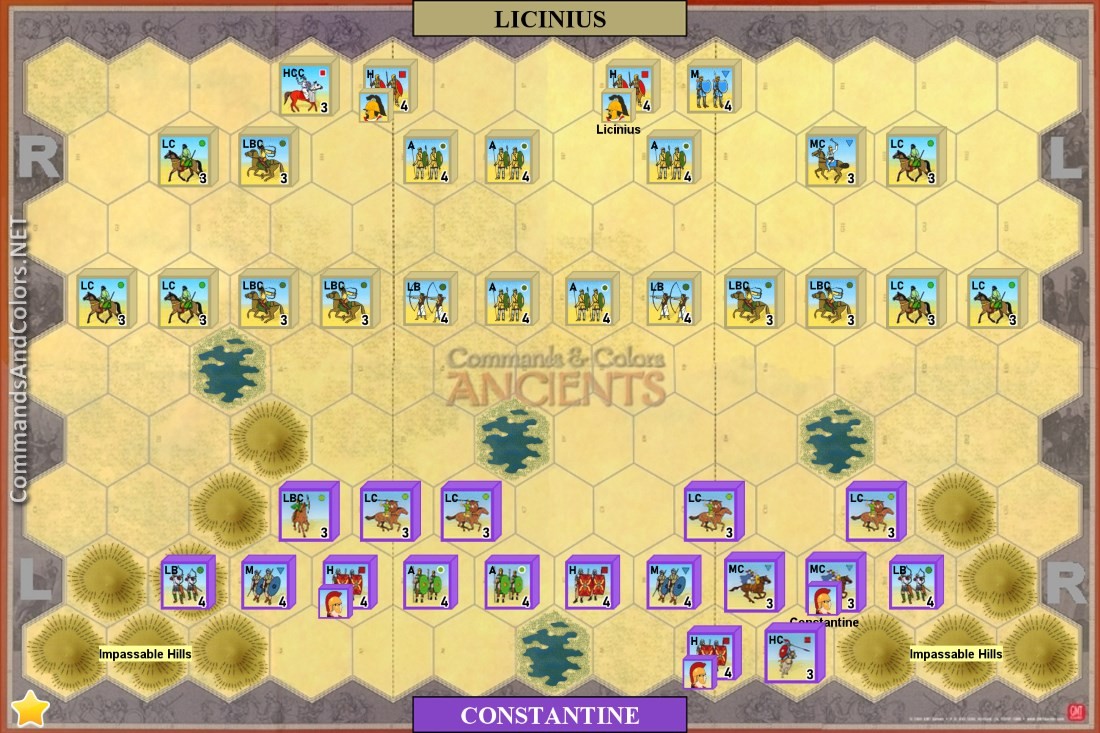 GF1954 replied the topic: #4171 9 months 6 days ago
2 solitaire, with Constantine winning twice. 8 - 1, and 8 - 7. But the ending to the second was great though. Licinius was up 7 - 5 in banners, when he got a mounted charge card. 3 light cavalry charged a 3 block heavy of Constantine. 2 of the charges took out 2 of the blocks, while the 3rd did nothing. But what happened was, on the heavy's counter, it took all 3 of them out, allowing Constantine to eek out a win 8 - 7! It was fantastic.

Mark-McG replied the topic: #2990 3 years 6 months ago
looking at the VASSAL 3.3 setup, Licinius should be on the Heavy Infantry in the Centre, and another unnamed leader on the other Heavy Infantry (next to HCC)

Tomek replied the topic: #2987 3 years 6 months ago
There are no leaders on the Licinius side of the battlefield. As both opponents are Roman armies and thus similarly composed and trained for war, my guess is that the Licinius and his subbordinate leader should be placed with the heavy infantry units.
Read More...