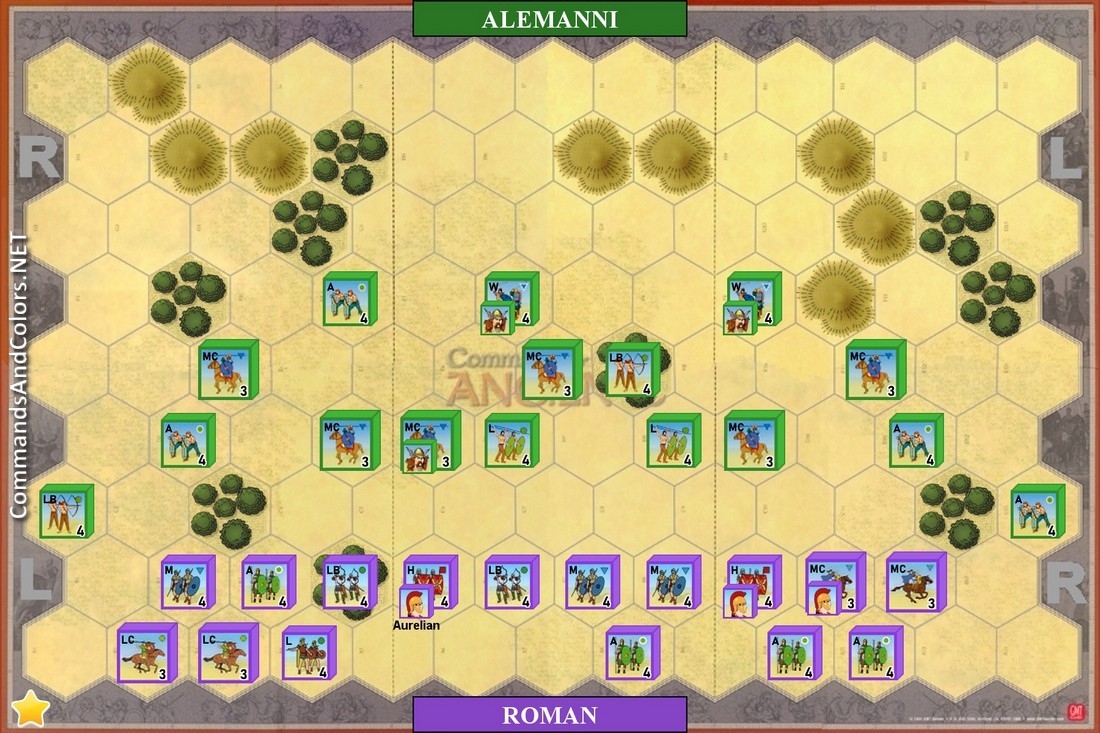 Warboard replied the topic: #3874 1 year 2 months ago
Maybe a house rule removing the exit points and forcing the Allemanni to fight (Since the mountain passes are blocked as the scenario says) would make things both more historical and more entertaining. I think I'll try that.
Lastall replied the topic: #3619 1 year 9 months ago
I get the fact that not all battles are even but this was not fun from a gaming perspective. Might have been better if the Alemanni army didn't have mounted units.

Mark-McG replied the topic: #3256 2 years 3 months ago
I never much like Exit VC scenarios

g1ul10 replied the topic: #3252 2 years 3 months ago
A 6-3 victory for the Alemanni. In the second turn, they exit three units. Then an unlucky attack by the Romans ends with two Roman cavalries destroyed by one barbarian warrior unit. On the third turn the Alemanni exit another cavalry for the victory. The entire game lasted 10 minutes. Not a great scenario.
GF1954 replied the topic: #2600 4 years 4 days ago
I don't see how it is possible for the Romans to win this one.
Read More...