Historical Background
After his serious defeat at the Battle of Placentia at the hands of the Alemanni, Emperor Aurelian rallied and re-grouped his troops and started in pursuit. The Alemanni were moving towards Rome, producing great fear in the city. Rome had grown beyond the old city walls and much of the city was completely exposed to enemy attack. Aurelian finally caught up to the rear of the Germanic horde and forced a fight near Fano. The Alamanni turned to fight just before crossing the Metaurus River which was their undoing. Pinned against the river, the Alemanni were unable to maneuver or give any ground. When the main Alemanni line broke, many of the tribal warriors were drowned as they attempted to retreat. The shattered remnants of the Alemmani now headed north, away from Rome, with Aurelian in hot pursuit.
The stage is set. The battle lines are drawn and you are in command. Can you change history? 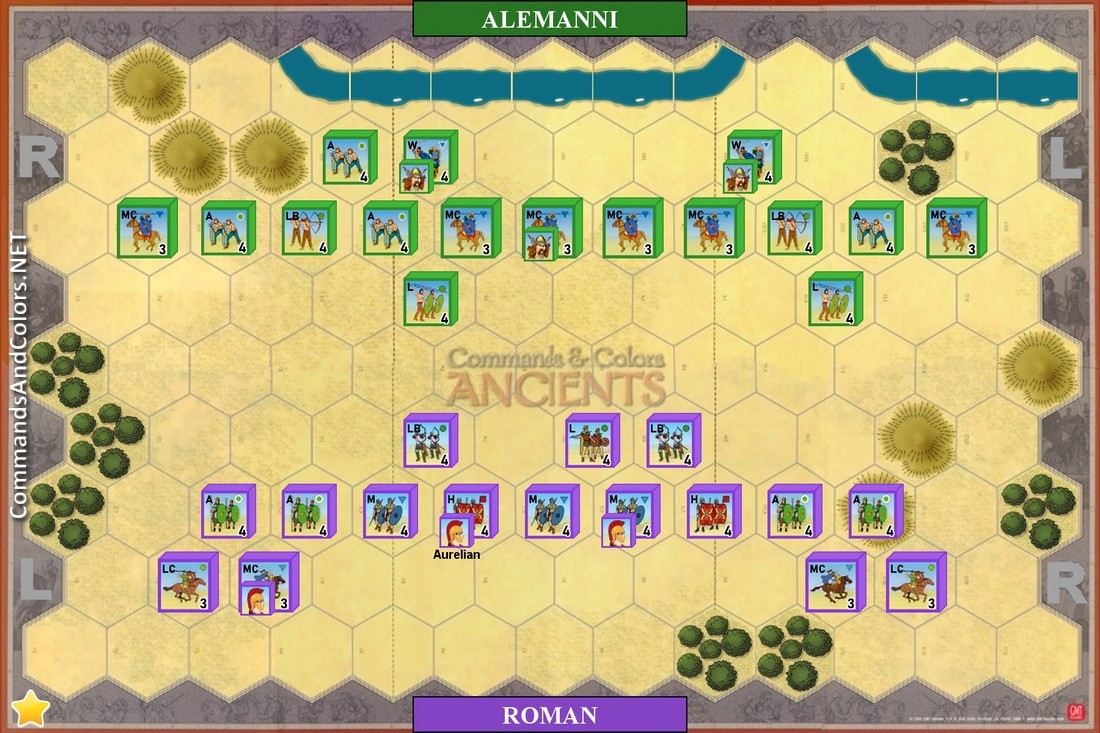 The river is not passable.

sushidog replied the topic: #1676 6 years 7 months ago
Current record is 3/7 Allemanni/Roman, but I bet this one comes out more evenly. The Alemanni MCs can be a difference maker with their bonus combat.
Read More...