Historical Background
The civil war that began with the “year of the five emperors” continued. Septimus Severus, after defeating Pescennius Niger at Issus (194), now turned on his other rival, Clodius Albinus, governor of Britain. Albinus took his legions east and added the forces of Novius Rufus, governor of Hispania. He set up camp near Lugdunum, in Gaul. Albinus attempted to invade Italy through the Alpine passes, but Severus prevented the move by garrisoning the passes. Albinus returned to Lugdunum. Severus followed with an army of about the same size as Albinus.
The details of the battle are somewhat vague but it was a long and bloody fight. It seems that Severus’ left was disordered when it encountered rough ground and the troops sent to support them were driven back. On Severus’s right the Albinus’s troops broke and were pursued back to their camp, which was taken and looted. In the center, the tide shifted many times. Finally the battle swung decisively in Severus’s favor as his cavalry advantage proved itself. Albinus attempted to escape but was caught and then beheaded. Severus went on to rule as emperor for nearly two decades.
The stage is set. The battle lines are drawn and you are in command. Can you change history? 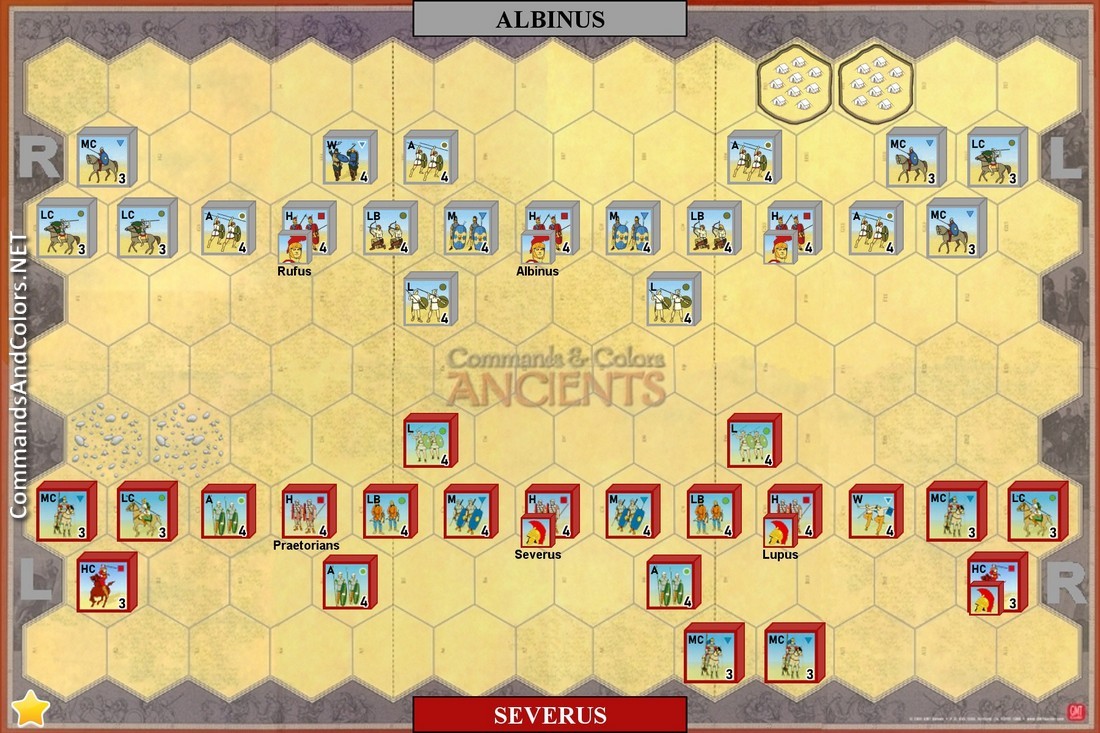 When a Severus unit occupies an Albinus camp hex at the start of the turn, remove the camp terrain tile hex and collect one Victory Banner.