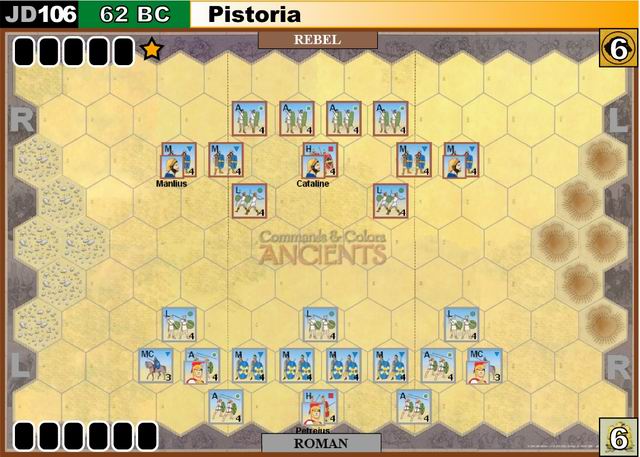 Special Rules
All hill and rough hexes are impassable terrain.