Historical Background
After the first battle of Philippi, a fleet bringing supplies to Anthony and Octavian’s army was destroyed and supplies for the Triumvirate legions began running out. Brutus was content to watch the army of Antony and Octavian starve. However, the Republican legionnaires wanted to fight and Brutus tried and failed to convince his troops to wait. Brutus, a poorer general than Cassius, gave in when his men became restless and lined up for battle.
Brutus, commanding the right wing of his army, drove the enemy’s left under Antony back, with the help of the more numerous Republican cavalry. The Republican center and left wing had to extend to avoid being outflanked. Octavian attacked and the Republican center quickly gave ground and eventually broke. The victorious Octavian then turned and took Brutus in the flank. Brutus fled and later killed himself. The Triumvirs had won this round of the civil war, but would later turn against each other.
The stage is set. The battle lines are drawn and you are in command. Can you change history? 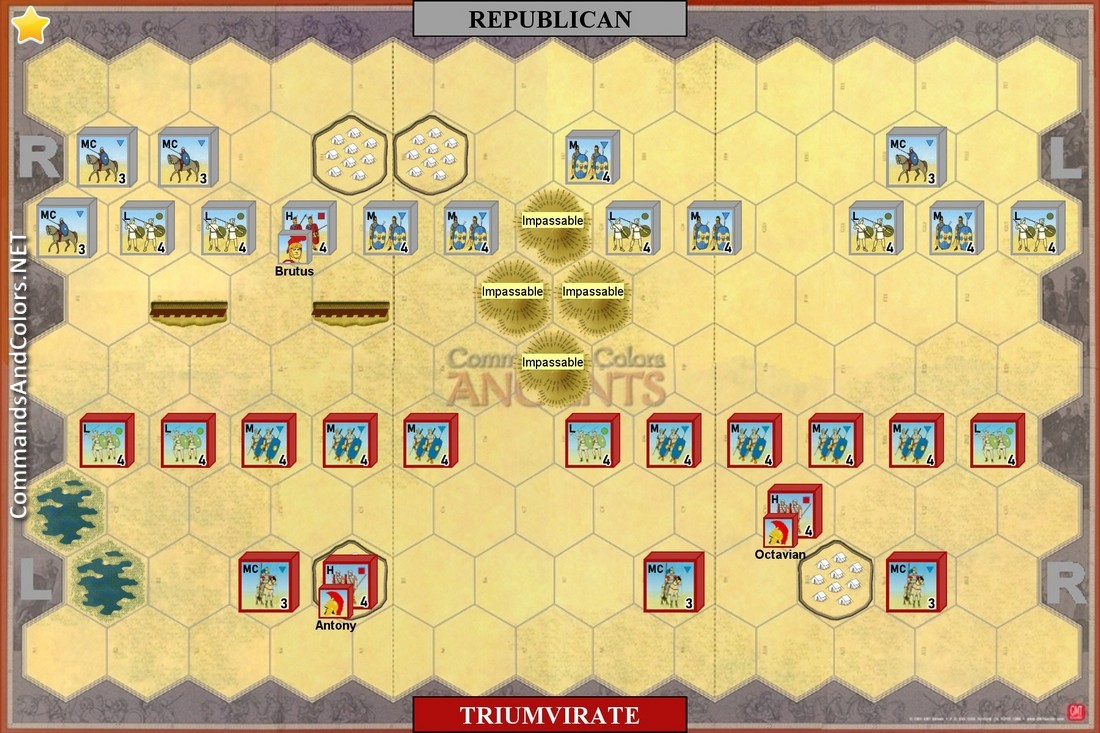 The Julian Legions rule is in effect for both armies.

The four hills in the center are impassable.