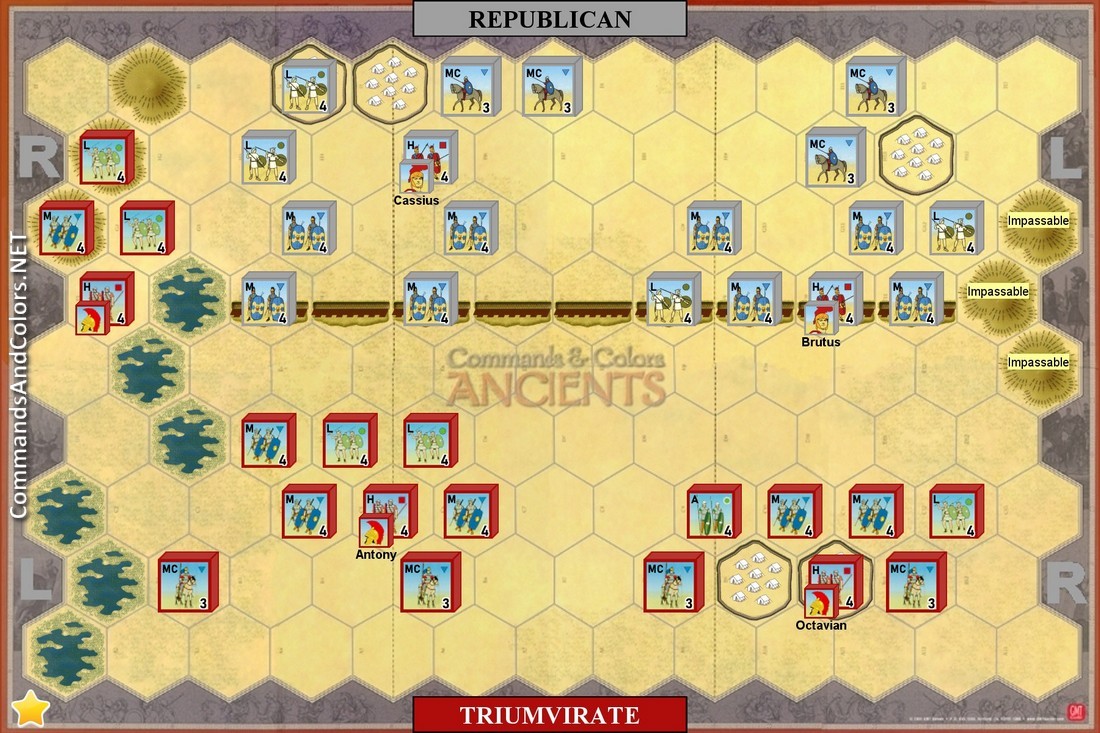 GF1954 replied the topic: #3765 1 year 7 months ago
2 solitaire games with both sides winning by the score of 8 - 6.
Lastall replied the topic: #3596 2 years 1 month ago
The key to this map is (and for most maps if we're honest) is the cards. If the Trimmvirate army has cards for the left flank (working the hills) and can shoot throughout the battle, then they will curb stomp the Republican Army.

TomKnight3 replied the topic: #3502 2 years 3 months ago
Great, fast game tonight with lots of drama. Cassius and Brutus both die due to ranged combat! The battle started off with the Triumvirate's unnamed general doing heavy damage to the Republican right flank. He died in battle but did the job. Several plays of Light Troops allowed for showers of arrows to take out several medium troops and light troops, including Cassius and Brutus. Both Octavian and Antony never moved. An extraordinary game to say the least.
Read More...