Historical Background
On the same day as the first battle at Philippi had ended in a draw the republican fleet destroyed the triumvirate reinforcements of two legions and with the surrounding regions unable to supply their forces for much longer the triumvirs had to send a legion south to Achaia to collect more supplies. In the next three weeks, Antony was able to slowly advance his forces south of Brutus’s army, fortifying a hill close to Cassius’s former camp, which had been left unguarded by Brutus. To avoid being outflanked Brutus was compelled to extend his line to the south, parallel to the via Egnatia, building several fortified posts. Brutus's defensive position was still secure, holding the high ground with a safe line of communication to the sea. Brutus was forced to give battle as most of his officers and soldiers were tired of the delaying tactics and demanded another attempt at an open battle as some of the allied troops had deserted. He commented I seem to carry on war like Pompey the Great, not so much commanding now as commanded.
The Battle ended with complete victory for the Triumvirate forces and the end of the republican cause.
Brutus was able to retreat into the nearby hills with the equivalent of only 4 legions. Seeing that surrender and capture were inevitable Brutus committed suicide. Antony covered Brutus's body with a purple garment as a sign of respect; they had been friends. He remembered that Brutus had stipulated, as a condition for his joining the plot to assassinate Caesar, that the life of Antony be spared.
The stage is set. The battle lines are drawn and you are in command. The rest is history. 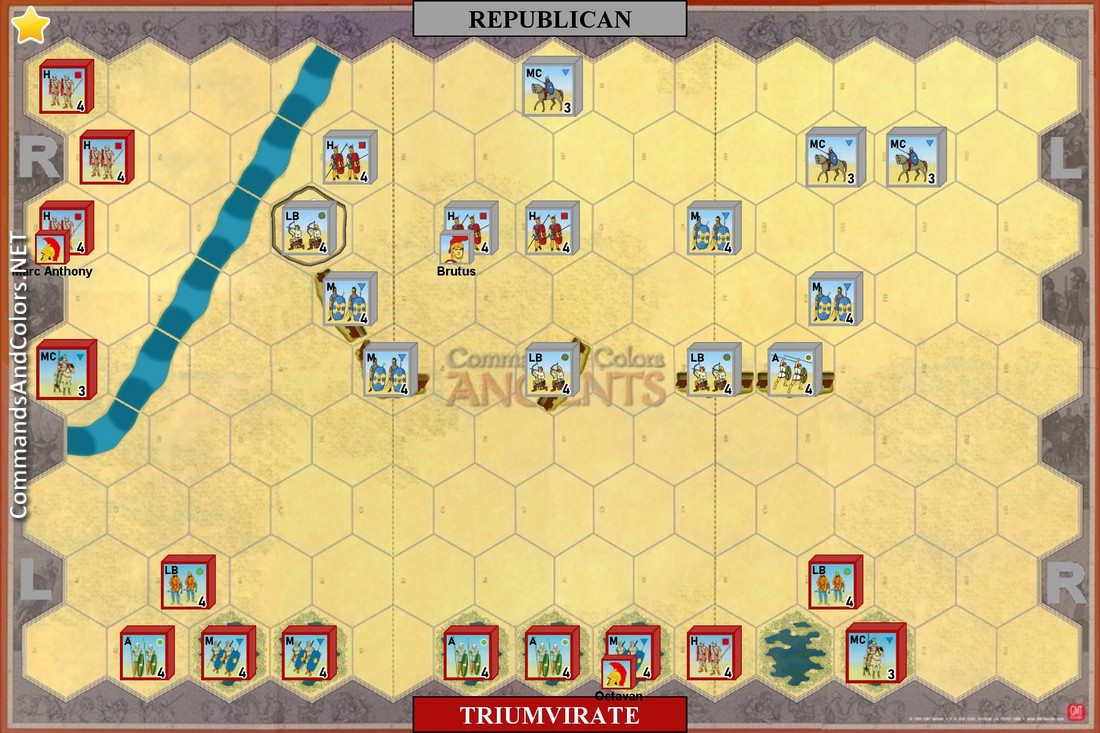 The River is fordable.