Written by Giulio Bottazzi. Posted in Battles of the Early Roman Republic

Historical Background
Lucius Tarquinius Superbus, the seventh and last King of Rome, had been expelled from the "Urbe"in 509 BC. Several years later, helped by his son-in-law and dictator of Tusculum, Octavius Mamilius, Tarquinius Superbus organizes a Latin alliance and move toward Rome to retake the throne. The Roman dictator of the newborn Republic, Aulus Postumius Albus, aware of the numerical inferiority of his army, decides to meet the Latins in a narrow passage between Lake Regilius and a grup of impervious hills.
The stage is set. The battle lines are drawn and you are in command. Can you change history? 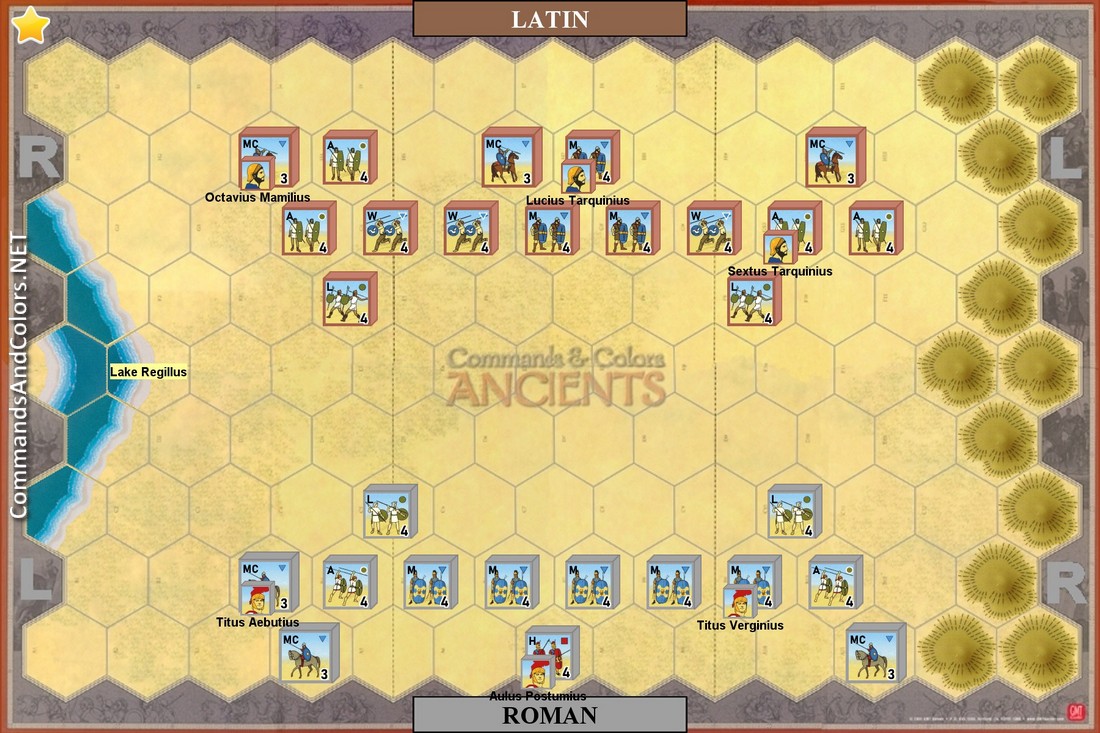 • Castor and Pollux: According to the legend, the Roman army received supernatural help by the two semi-gods who, disguised as young men mounting withe horses, joined the Roman cavalry bolstering their morale. If ordered by an Order Mounted or Mounted Charge card the Roman Medium Cavalry units act as if they were accompanied by a Leader: they hit on any Heroic (Helmet) results and may ignore a flag if attacked by a battle back.