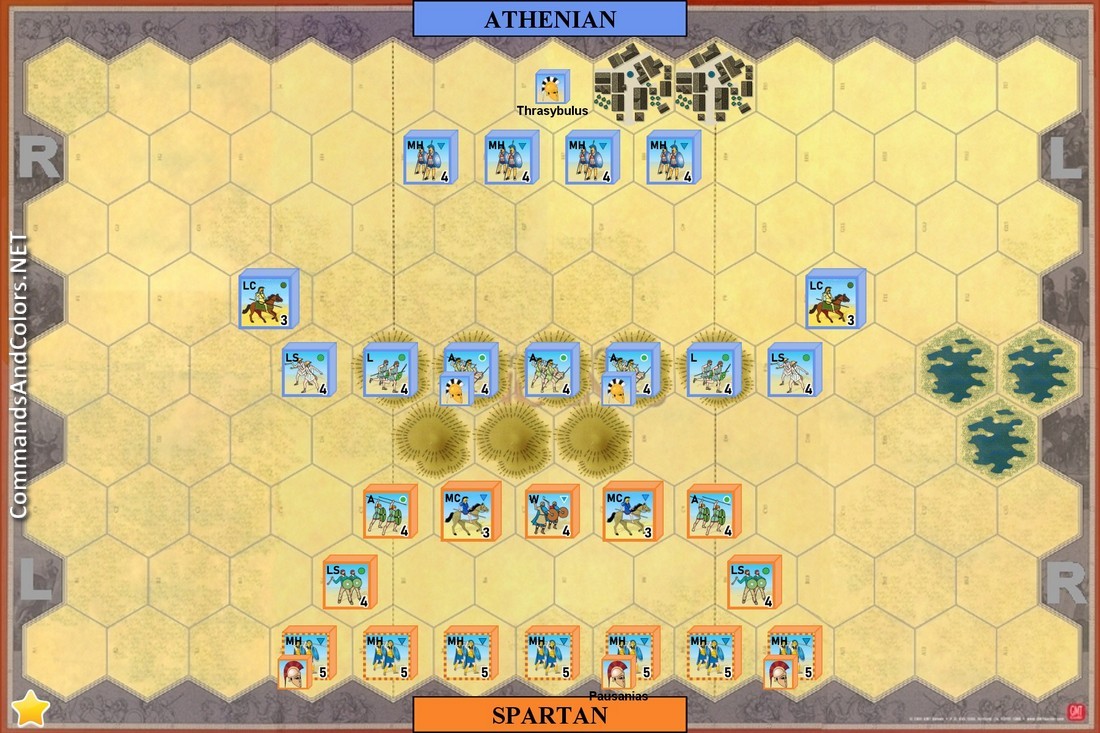 Lastall replied the topic: #3627 1 year 8 months ago
This was actually an interesting battle. The Athenians have enough in the center to hold the hills until mid/late game. After that, I scattered them so the Spartans would have to spread their army to catch me. My Athenian army has speed to out maneuver the med foot troops. Even after a weak opening hand (two move heavy cards included), I was able to pull a 6/5 victory. I never used a command card on the Athenian med troops. Tomorrow I play as Spartans.